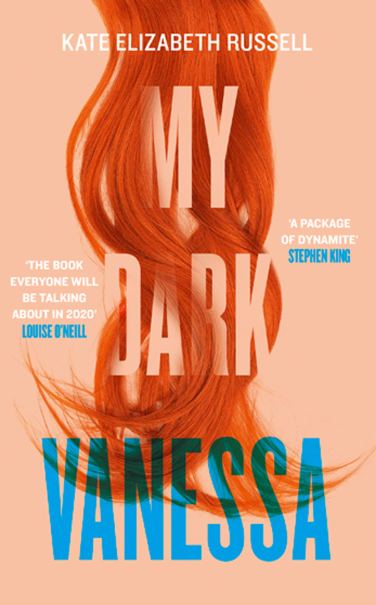 I wasn’t going to read My Dark Vanessa. Not even when I saw how many rave reviews it was getting from bloggers I trust. Based on this, I was sure that it was a good book; that it dealt thoughtfully with a sensitive subject. But I still wasn’t convinced that I needed to read another novel about a relationship between a schoolgirl and her teacher, no matter how well it was written. This is ground that’s been so thoroughly trodden, both in novels and in numerous comment pieces analysing real-life cases in both Britain and the US over the past few years. It’s also something I think about in my own historical research on children and young people in twentieth and twenty-first century Britain. My Dark Vanessa might be great, I decided, but it wasn’t going to say anything that I didn’t already know.

I changed my mind about trying My Dark Vanessa after attending an online At Home With Four Indies event where Kate Elizabeth Russell was interviewed (very adeptly) by Louise O’Neill. What I found so fascinating about the way Russell wrote My Dark Vanessa was not just that the novel was drafted over the course of eighteen years, but that Russell essentially put it together in conversation with her teenage self. She talked about finding bits and pieces she had written as a teenager where she didn’t know if it was her writing as herself or as Vanessa, and also how certain sequences that had been present in early drafts of the novel dropped out as she redrafted then made it back in to the final version, as if they were always meant to be there. I found this especially interesting because I, too, have a novel that I’ve been working with, on and off, for about seventeen years, since I was in my late teens, and it, too, is traumatic, although not in an especially autobiographical way and not in quite the same way as My Dark Vanessa. Nevertheless, however captivated I was by Russell’s account of her process, I still needed to find out if the novel would work for me.

And unexpectedly, it did. Basically, this was because while My Dark Vanessa is absolutely a book about a schoolgirl who has a relationship with her teacher, and which has a lot to say on that specific subject, that also isn’t all it is. Russell clearly thought very deeply about tackling something so difficult, and Vanessa is presented as a character who has been fundamentally shaped by what has been happening to her since she was fifteen. As other reviewers have outlined, Vanessa is such a thought-provoking protagonist because she doesn’t fit into our idea of what the ‘ideal victim’ should be – she maintains that what happened between her and her teacher, Strane, was not abuse, and that her own psychology was somehow leading her towards something of this kind. Russell does not give Vanessa a simplistic moment of revelation in the wake of the #MeToo movement, but we see how she comes to reassess how she felt at the time.

But because Russell presents such an authentic portrait of both Vanessa’s teenage and adult selves, this novel also has resonance far beyond stories of sexual exploitation in the classroom or even abuse and rape more generally, and for me, that’s why it worked so well. It asks how we can square beliefs that our younger selves held so fervently with what we learn later on in life – and how we can do that without totally tossing our younger selves under a bus. It explores how we can cope with the knowledge that our life has been shaped by something outside our control, especially if we thought it was within our control when it was happening. And in this, I felt the strength of what all Russell’s different reworkings of this story have brought to it. I don’t know how she’s going to write her next book after something like this – I know how difficult it is starting a new project after working on one thing since you were a teenager, because your teenage self had so much to give – but I do feel confident that she can.

18 thoughts on “My Dark Vanessa, Or Why I’m A Year Behind Everyone Else In Getting To This Book”