Borrowed from Paula at Book Jotter. 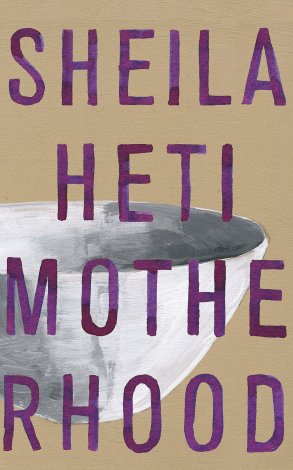 I have to admit that I’m a little relieved 20 Books of Summer is over. It’s back to reading what I want, by which I mean the backlog that has accumulated while I read my 20 books. I just finished Sheila Heti’s Motherhood, which I found emotionally exhausting, as it mirrors so many of my thoughts and concerns about potential motherhood, although I have to admit to finding Heti an irritating and self-indulgent writer at times. The thought that’s stuck with me, however, is the simple statement that if you’re genuinely undecided about having children, ‘it will probably be a fine life either way.’ It started me off thinking things that Heti doesn’t explicitly spell out. If having children is central to what you want, it makes sense to shape your life around that, but for the rest of us, the choice whether or not to have a child is less a question we can ask in isolation – Should I Be A Mother? Should I Bring A Child Into This World? – and more a practical question that’s dependent on where we find ourselves. Speaking only for myself, I know I wouldn’t want to have a child unless the circumstances were exactly right (and I have pretty specific ideas of what I mean by that!) and if that never happens, I’m better off without one. Sadly, I doubt this will be the end of my worries about it, given how patriarchy likes to make us feel guilty for even entertaining the thought of not having children.

Another thing that Heti doesn’t touch on in Motherhood is the idea that not wanting your own children means you don’t like children, an unfortunate belief that I find comes up surprisingly often. I worked part-time with children for four years when I was doing my PhD in Cambridge and absolutely loved it; I know it’s something I want to do again in the future. I’m also really looking forward to getting to know my friends’ children, and my sister and I are both very keen to be aunts (there’s only the two of us, so you can see the flaw in this plan… we’ll have to rely on (potential) partners’ siblings for the moment). As a historian of childhood, I also spend my professional life thinking about how children have been marginalised and oppressed in the past, something which is very important to me. Heti doesn’t seem to have many children in her life – which is of course absolutely fine – but even if I don’t have my own children, I know I’ll want to live a life that includes other people’s children. 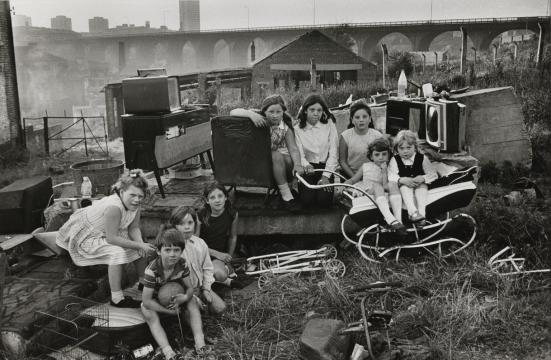 I saw Sirkka-Liisa Konttinen’s film Still Here at the Side Cinema a week or so ago, and thought it was absolutely fantastic. Konttinen photographed residents in Byker from 1969-81 – her most famous photograph is probably ‘Girl on A Spacehopper’ – and in this film, she goes back to talk to some of the people she photographed who are still living in the area, although not always in Byker itself. Konttinen did a fascinating Q&A after this short film where she talked about how she tracked down her subjects. The ‘girl on a spacehopper’ has proved the most elusive; four women have claimed to be her already. I particularly enjoyed hearing from the man who was disappointed he was missing from the photograph of kids collecting junk [see above], given that his siblings were in it, but, as he said to Konttinen, ‘that was probably because I was looting your studio’. As far as I know, there aren’t any plans to tour this film outside Newcastle at the moment, which is a shame – it’s really worth seeing.

I’ve also been watching Bake Off, like everyone else – my favourite is Rahul. 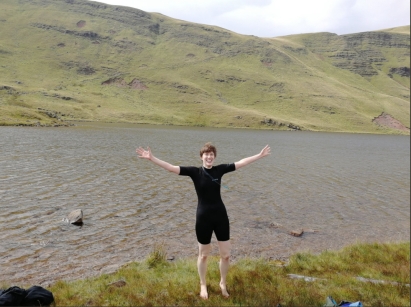 I’m a bit tired of thinking at the moment as I’m finishing up the initial draft of my academic monograph, A Progressive Education? How Childhood Changed in Mid-Twentieth-Century English and Welsh Schools, and so have been doing a lot of thinking about that. It’s been good to get a break from cogitation by going wild swimming with my mum and sister in the Brecon Beacons; we swam in some waterfall pools and a tarn [pictured above]. I’m a big fan of wild swimming but rarely get the chance to do it; I think a proper wetsuit might be a sensible investment next spring, as the sea near Newcastle is COLD all year round. The following weekend, my sister and I rode a working fireboat in Bristol that protected Bristol docks during the Blitz, and saw it shooting water from its water cannons. This was also a very welcome respite from work.