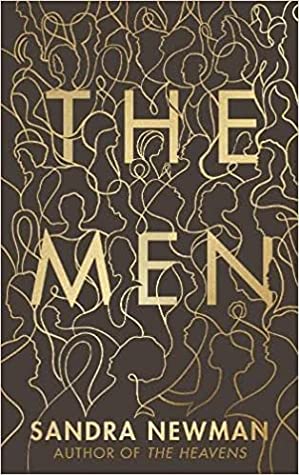 The Men, one of my most anticipated books of 2022, has a high-concept premise: everybody with a Y chromosome suddenly disappears from the world, and those left behind have to rebuild it. Despite this, I’m not sure that Sandra Newman actually needed a world without men (and trans women and some intersex and non-binary people) to tell the story she wanted to tell. This novel focuses on two captivatingly flawed women drawn into a close relationship with each other: Jane, a white convicted sex offender who was exploited by an older man when she was a teenager and took the rap for his crimes, and Evangelyne, a black woman who was imprisoned for more than a decade for shooting the cops that killed her family.

The Men spends almost as much time on these women’s backstories prior to the Y-chromosome-only Rapture, than it does on exploring a world without men. When Jane and Evangelyne meet at college, Evangelyne is already famous for the text she wrote in prison on commensalism, arguing that this biological concept can be applied to human society to show that it is ethical to ‘eat the rich’, as wealthy people derive little benefit from being so wealthy. (Newman is good at inventing a radical literary trajectory for Evangelyne; her more personal essay ‘The White Girl’ is her other most famous work, describing the events that led up to her shooting incident). Evangelyne then becomes the leader of a group called ComPA which rises to power as society reorganises in light of the Rapture.

All this reminded me much more of books about all-female groups trying to build utopias, like Sarah Hall’s excellent The Carhullan Army, than books that play with sex and gender, like Nicola Griffith’s Ammonite and Ursula Le Guin’s The Left Hand of Darkness. Indeed, I got the impression that Newman isn’t that interested in writing about sex/gender constructs, despite a couple of insightful lines (‘the concept of “men” had always been religious. All women were sold the idea of men as superior beings… Trans men could be masculine without making sex into a two-tier system, as cis men always had. We could love one another face-to-face, where before we had loved only through a glass darkly: so the ComPAs said’). This, I think, is why most of the mentions of trans and non-binary people feel so crowbarred in; gender isn’t Newman’s focus. Parts of the novel are also truly beautiful and hypnotic, even as they feel disconnected from the story at hand: ‘We pondered, the cozy, uncomfortable hum of the bus all around and a heavy East Texas rain making lines of wavy light on the windows, lines that trembled and were deformed in wind… We have no real face; they are masks that are borrowed and passed on, that live for millennia and are what a human is.’

However, although The Men is original and insightful, it’s also frankly bizarre. The narrative is weird and disjointed. Much of the novel is narrated by Jane, a straightforward choice that makes sense, but it trails into bits from other narrators who seem to have little to do with the main thrust of the plot. Many women are obsessed with watching a TV show called ‘The Men’ that shows naked men wandering a blasted landscape peopled with strange beasts, but the purpose of these interludes is not clear. Some reviewers have suggested that The Men is gender-essentialist and transphobic; while I largely disagree, it certainly struggles to make sense of all the ideas flung into its melting pot. I think it’s also fair to say that it wasn’t a great plan to tackle such a controversial premise when you don’t have a lot to say about gender. 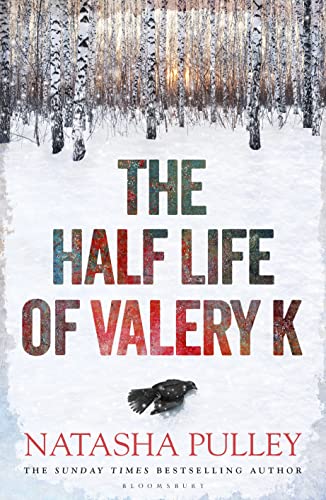 The Half Life of Valery K was not on my list of most anticipated books of 2022, but it definitely would have been had I known it was getting published this year, because Natasha Pulley is one of my favourite authors. It’s 1963, and Valery has spent six years in the gulag when he is abruptly transferred to a secret facility called Chelyabinsk 40, where his scientific expertise is required to study an irradiated forest and the animal life within. However, Valery soon realises that something is wrong; the levels of radiation in the city are far above what has been officially reported. Struggling with the effects of his trauma, and having firmly believed that he was going to die in the gulag, Valery is aware that he sees everything off-kilter. He’s almost moved through his own death to a state beyond it where nothing matters to him more than preserving the lives of others. He’s a hugely compelling protagonist, perhaps Pulley’s best creation to date, because of this skewed logic.

In this context, the title of the novel becomes fascinating: on first glance, we might assume that Valery’s ‘half life’ refers to how he has been damaged and reduced by the gulag. But there’s a second meaning here, tied more closely to the subject-matter of the novel: the ‘half life’ of a radioactive substance is how long it takes for half of the unstable nuclei to decay. Substances with a longer half life have a slower but longer reach across time, while substances with a shorter half life show their effects more quickly but don’t last as long. Pulley seems to be asking: what is someone like Valery’s impact on the world, and how long will it linger?

Pulley’s other novels have all been set in versions of the nineteenth century where the real and the speculative intermingle; for fans of her other books, reading The Half Life of Valery K is a rather disconcerting experience, because it’s all based on fact but feels profoundly unreal. If The Men recalled Le Guin’s The Left Hand of Darkness, the novel I kept thinking of while reading Valery K was Le Guin’s The Dispossessed. There’s something about Valery that reminded me strongly of Shevek, the physicist protagonist of The Dispossessed who comes to a capitalist world from an anarcho-syndicalist society. Pulley doesn’t delve as deeply into alternative value-systems, but Valery’s thought processes are at odds with Soviet Russian norms; she also shows how her characters, raised under communism, are perplexed by the West, especially its treatment of women. Other Pulley tropes are present and correct – Valery is drawn into a close friendship with KGB head of security, Shenkov, despite the fact that he knows Shenkov could execute him at any time – but didn’t seem as central to this novel as they have been to her others. It’s Valery and his pet octopus who take centre stage.

I’ve reviewed these two novels together because I happened to read them both in June, but there are threads that connect them: both The Men and The Half Life of Valery K are interested in imagining different futures, and asking whether we could cope with these new versions of the world. We want things to change – but do we really?

9 thoughts on “What do we want the future to look like? : The Men by Sandra Newman & The Half Life of Valery K by Natasha Pulley”