The Women’s Prize for Fiction longlist 2022 has been announced! Here are some other bloggers’ reactions: Rebecca, Eric, Rachel. 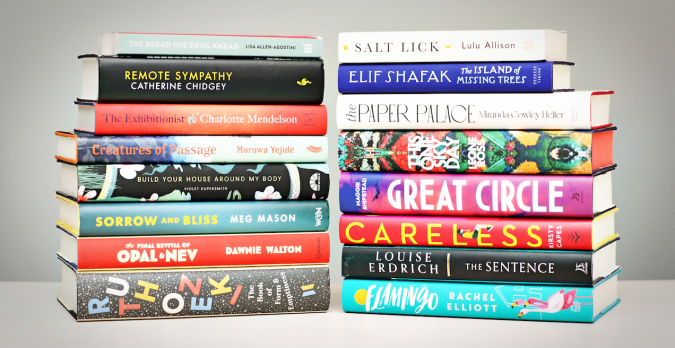 First Thoughts: This is a very surprising list. There are seven books on it that I’d never heard of, and many of the titles don’t seem to have featured on anybody’s prediction list. I feel like I’ve done quite well with my predictions even though I only got four titles right (plus correctly predicting that Beautiful World, Where Are You and To Paradise wouldn’t feature). It’s a racially diverse list, certainly more so than last year’s; half of the authors are women of colour. But I feel a little uneasy about how few of the books anyone in the blogging community seems to have read. Perhaps the judges have uncovered a lot of hidden gems, and there certainly seem to be some small presses represented, which is good. But to omit so many obvious contenders feels a bit contrary to me, almost as if they deliberately wanted to surprise everyone, which I don’t think is the right spirit with which to approach the Prize. Finally, there are a lot of ghosts, contemporary historical settings (1970s, 80s, 90s…), and of course, conflicted mothers.

I was already not planning to read the entire longlist this year, and I certainly won’t be doing it now I have 14 books to read! But here are my thoughts and plans:

The Ones I’ve Read

Maggie Shipstead, Great Circle. Oh dear. I thought this Booker-shortlisted account of the life of fictional female aviator Marian Graves was likely to be on the list, but I found it clunky, melodramatic, ridiculously overlong and a bit cliched. It also has a contemporary thread that could easily have been cut without making any difference to the novel at all. It did have about fifty brilliant pages, when Shipstead describes Graves’s flight over Antarctica – but these came at the end of the novel and were not enough to save it. My review is here.

Ruth Ozeki, The Book of Form and Emptiness. Oh dear again! I’m a huge Ozeki fan but I thought this was so incredibly twee. Even more so than Great Circle, it does have its strengths – the characterisation of the teenage protagonist, Benny, and his hoarder mother, Annabel, was beautifully complex. But it was far too long and had far too many lines like ‘Books don’t have eyes or hands, it’s true, but when a book and a reader are meant for each other, both of them know it.’ My review is here.

The Ones I Already Wanted To Read

Violet Kupersmith, Build Your House Around My Body. This was on my Women’s Prize wishlist, so I’m very pleased to see it here. This Vietnam-set novel follows three women in different timelines and promises ‘eerie Vietnamese forests, rundown zoos and crowded nightclubs‘.

The Ones I Now Want To Read

Catherine Chidgey, Remote Sympathy. I usually avoid anything set during the Second World War, especially if it’s about the Holocaust, but I’m a little intrigued by this one, which sounds a bit like Audrey Magee’s The Undertaking. It focuses on the wife of a SS Sturmbannführer who lives near Buchenwald concentration camp and forms an unlikely alliance with one of the prisoners, who believes he has invented a cure for cancer.

Morowa Yejidé, Creatures of Passage. OK, so I LOVE the sound of this; it follows a woman ferrying passengers in a haunted car in late 1970s Washington DC. Definitely up for trying it.

Dawnie Walton, The Final Revival of Opal and Nev. This sounds a lot like Taylor Jenkins Reid’s Daisy Jones and the Six, which I loved – it even seems to be structured in the same way, patching together excerpts from fictional oral histories. It follows the rise of an interracial rock duo in the 1970s and explores why their partnership fell apart.

Kirsty Capes, Careless. Definitely one of the more ‘accessible’, ‘popular’ choices on the list, this is set in the 1990s and stars care-leaver Bess, written by an author who is herself care-experienced. I’m not sure this will work for me as a novel but it’s a topic I’d like to read more about.

Louise Erdrich, The Sentence. I wasn’t really sure about Erdrich’s The Round House and I haven’t read anything by her since. Still, I like the blurb of this one and I’d like to give her another go: ‘A small independent bookstore in Minneapolis is haunted from November 2019 to November 2020 by the store’s most annoying customer.’

Elif Shafak, The Island of Missing Trees. I haven’t actually read anything by Shafak and I feel I should, but whenever I flick through one of her novels, I don’t feel like her prose is for me. I don’t find the blurb of this one appealing, either: two Cypriot teenagers, one Greek and one Turkish, fall in love and are parted when war breaks out.

Lisa Allen-Agostini, The Bread The Devil Knead. This looks like an interesting longlist choice from a small press, but again, the blurb isn’t calling me: it focuses on a forty-year-old Trinidadian woman who manages a boutique in Port of Spain and is dealing with both an abusive partner and an affair with her boss.

Charlotte Mendelson, The Exhibitionist. I wasn’t a fan of Mendelson’s Almost English and I’m certainly not taken by another tale of middle-class family secrets.

Meg Mason, Sorrow and Bliss. This was on my radar already and I’d already decided not to read it. This sort of novel that focuses very closely on the mental health struggles of a single protagonist is not really my thing, although it sounds like Mason can write.

Lulu Allison, Salt Lick. This is narrated by a chorus of feral cows… which is brilliant, but it really doesn’t sound like my thing.

Miranda Cowley Heller, The Paper Palace. I’d not heard of this book before I listened to Anna’s critical review of it, and I can’t say the blurb is inspiring.

Leone Ross, This One Sky Day. Another one I’d already decided against reading. It sounds like it steers too close to magical realism for my tastes.

Rachel Elliott, Flamingo. This sounds like it will be twee. I am suspicious.

The Ones That Should Have Been On The Longlist 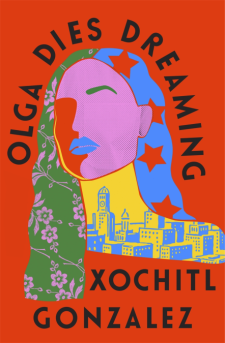 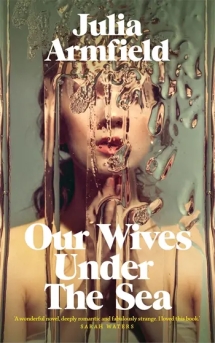 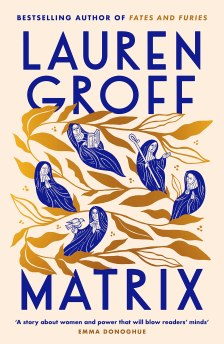 Obviously, Julia Armfield’s Our Wives Under The Sea HAS BEEN ROBBED. But apart from this TRAVESTY, I’m struggling to think of anything else I really wanted to see. Hanya Yanagihara’s To Paradise is an excellent novel, but it was never Women’s Prize material. I didn’t love Xóchitl González’s Olga Dies Dreaming, but I liked it a lot and I think it would have made for some great discussion. Finally, I didn’t adore Lauren Groff’s Matrix enough to be truly aggrieved that it didn’t make it, but I think it deserves to be here – especially as I think there are NO historical novels on the list set earlier than the twentieth century!

The Ones I’m Glad Not To See On The Longlist

Well I am obviously pleased that Hannah Kent’s Devotion isn’t here, and I am also pleased to see no Greek myth retellings. Apart from that there’s nothing that I was really dreading!

What are your thoughts on this year’s Women’s Prize longlist?