As always, I won’t be posting my Top Ten Books of 2021 until the 31st December, but here are some books that almost made my top ten – and also my biggest disappointments of the year. Links are to my reviews. All books are first read by me in 2021, not necessarily first published in 2021. 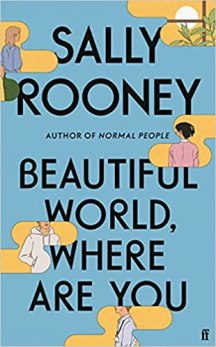 The new Sally Rooney, Beautiful World, Where Are You, was massively overhyped, but it was easily my favourite Rooney so far – I loved her clever use of psychic distance, switching between an observer’s view of her characters to their innermost thoughts.

In science fiction and speculative fiction, I thought the writing team behind James S.A. Corey pulled off a hugely satisfying conclusion to The Expanse series with the final instalment, Leviathan Falls – this series stuttered a bit in the middle but the last three books were all great, and Corey effectively tied up all the loose ends while wisely leaving the ‘dark gods’ of the universe still mysterious. Tade Thompson’s Far From the Light of Heaven was a hugely inventive space-opera-cum-crime-thriller with touches of horror. Will Maclean’s The Apparition Phase was a brilliant ghost story, something that is almost impossible to achieve at novel-length. Finally, Nina Allan’s short story collection The Art of Space Travel showcased what I love best about her writing in haunting stories such as ‘Flying in the Face of God’, ‘Four Abstracts’ and ‘The Art of Space Travel’ itself.

In historical fiction, I was pleasantly surprised by Stacey Halls’s engaging Mrs England, which had one of the dreaded floral covers but actually featured a complex, sympathetic protagonist who works as a Norland nanny in Edwardian England. Meanwhile, everything this damning review says about Sarah Penner’s The Lost Apothecary is true (except that Cambridge does offer a masters degree in eighteenth-century and Romantic studies – that’s Cambridge being weird, not Penner!). Nevertheless, I found it irresistibly fun and gripping, so I guess I recommend it anyway, if you can deal with the terrible history? 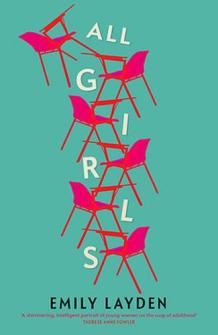 Finally, in YA and YA-adjacent, I liked Angeline Boulley’s Firekeeper’s Daughter (one of my most anticipated reads of 2021) despite its pacing problems and tendency to spell things out for the reader – it follows an Ojibwe teenager who’s an unenrolled tribal member, and so feels she’s never quite fit into her family. Emily Layden’s All Girls gave me Prep vibes (amazing), and was serious and insightful about the inner worlds of teenage girls (rare). I picked up T. Kingfisher’s Bryony and Roses after loving her short story in Escape Pod; this Beauty and the Beast retelling is heavily influenced by Robin McKinley’s Beauty and Rose Daughter, but still brings its own wit and logic to the table, plus a nicely chilling touch of horror.

By ‘biggest disappointments’ I don’t necessarily mean that these were my worst books of the year, but that they were books I’d been looking forward to, that had been hyped by publishers/reviewers/friends/all of the above, and which fell well short of my expectations. I have to say, there were a lot of disappointments in 2021. For whatever reason, this was a pretty lacklustre reading year for me. So this list is longer than normal. 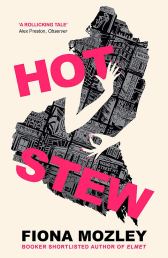 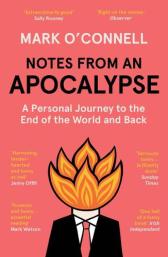 I was disappointed by quite a few books written by authors I’ve loved in the past. Kazuo Ishiguro’s Klara and the Sun promised a fresh take on AI but was just a tired rehash of Never Let Me Go. Ruth Ozeki’s The Book of Form and Emptiness drowned in its own tweeness about literature, despite a promising central cast. And Fiona Mozley’s Hot Stew abandoned all the subtlety of Elmet for Dickensian caricatures.

Elizabeth Macneal’s Circus of Wonders unfortunately didn’t live up to her excellent debut, The Doll Factory. Jessie Greengrass’s The High House had none of the originality of Sight. Mark O’Connell’s Notes From an Apocalypse was only mildly disappointing compared to his To Be A Machine until I reached the end, where he admits he regularly lies to his young son about the state of the world – this is horrific (children know what’s going on, so lying to them just leaves them alone with their fears). Sarah Moss’s The Fell confirmed to me that I don’t like the direction her writing is currently going. Finally, after loving Kindred so much, I did not get on at all with Octavia E. Butler’s Parable of the Sower, although some of this was not Butler’s fault – so many YA writers have clearly copied her dystopian tropes that they now feel cliched in a way they wouldn’t have done when the book was originally published. Still, I found the heroine disturbingly monomaniacal and the diary entry format limiting.

At least some of this must be me, rather than the books! But I think it explains why 2021 felt like such a dud of a reading year, even though I also read many books that I loved. On that note…

11 thoughts on “2021 in Books: Commendations and Disappointments”