I put Charles Yu’s second short story collection, Sorry Please Thank You, on my 2021 TBR after reading his short story ‘Good News Bad News’ in A People’s Future of the United States. Yu has been compared to the brilliant science fiction writer Ted Chiang, but honestly I don’t think they have much in common (cynically, you might say that they’ve been squashed together because they’re both Chinese-American men who write speculative short fiction). Chiang’s work is intensely cerebral and serious, whereas Yu’s short stories are much more playful, satirical and strongly reminiscent of early George Saunders (e.g. CivilWarLand In Bad Decline). Like Saunders, Yu is fond of making fun of American corporate culture and late capitalism, enjoying phrases like ‘the new slogan, Be The Person You Wish You Were™’ and ‘I’ve always loved Autumn®’. And as with Saunders’ early writing, this can work well for one story but quickly become tiresome over the course of an entire collection.

Luckily, there are some gems here. I thought the opening story, ‘Standard Loneliness Package’, was really wonderful; I read it twice in a row to fully appreciate how Yu pulls it off. It’s based on a pretty standard kind of science fiction premise; our narrator works in a call centre where people can pay him to feel their pain for them. However, Yu elevates this material beyond a simple ‘what if?’ by the skill with which he weaves various elements of the story together. His deliberately repetitive style builds resonance, so the final paragraphs are horribly moving even though you don’t quite know why. While nothing else in this collection is quite as good, the shorter ‘Troubleshooting’ works on the same kind of terms, but is even more pared down. Yu also gives us two stories that imagine what it would be like to be a character in formulaic fictional worlds; of the two, I thought the Star Trek inspired one (‘Yeoman’) was a lot better and funnier than the Dungeons and Dragons/World of Warcraft inspired one (‘Hero Absorbs Major Damage’). The rest of the collection is padded out with a lot of very short pieces that cover similar ground, which is a shame, because Yu’s best stories show that when he’s good, he’s really good. 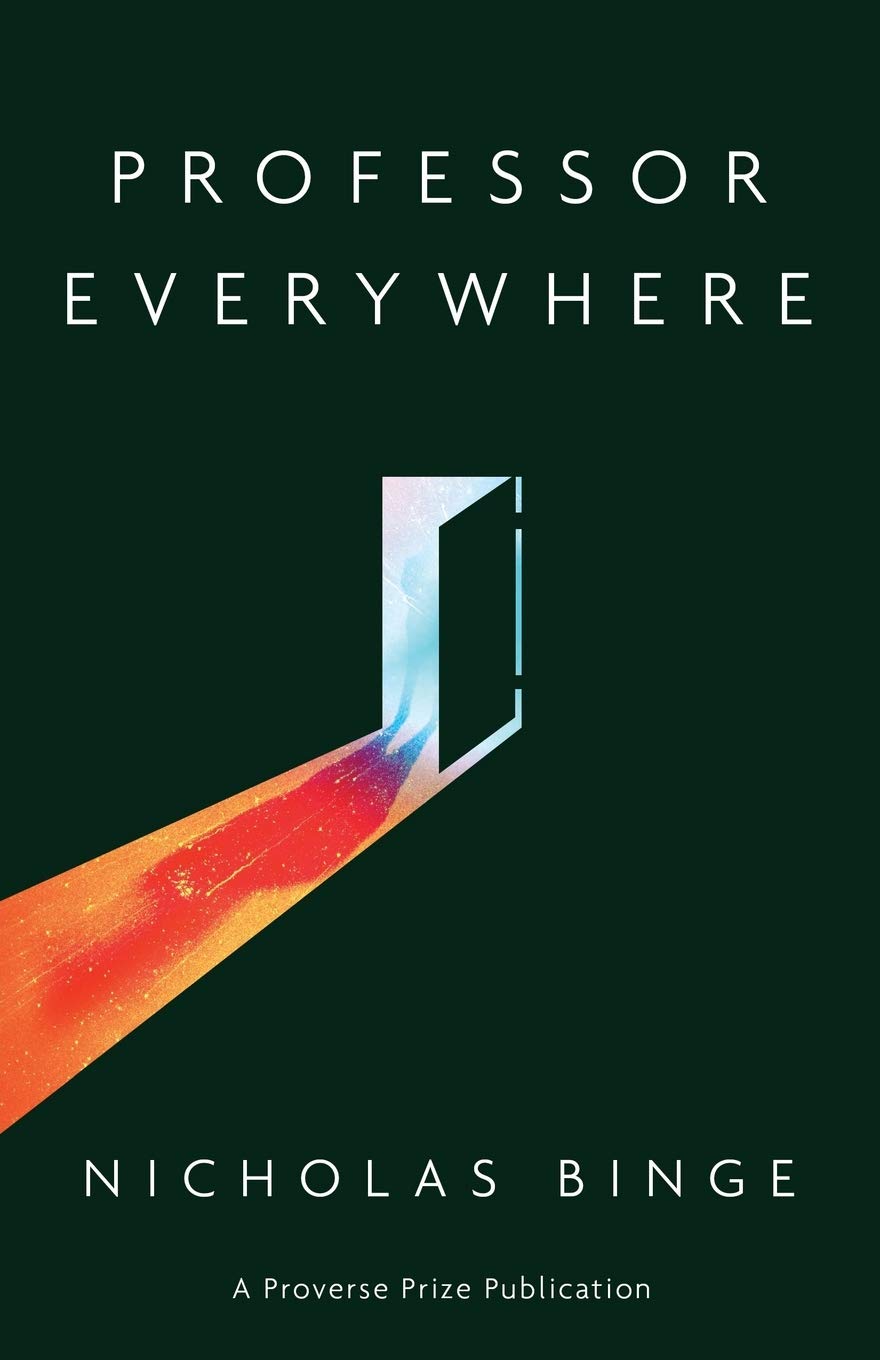 Professor Everywhere, Nicholas Binge’s debut novel, sounded right up my street: Chloe Chan, an international student at the University of Warwick, is determined to discover what the mysterious Professor Crannus is up to, and is drawn into a series of multiple worlds. I love books set at colleges or universities and I also love books that draw on physicist Hugh Everett’s many-worlds theory. To top that off, this novel has the kind of precise, contemporary historical setting that I also enjoy; it’s set around the time of the G20 summit in London in 2009. And to be fair, Professor Everywhere delivers on its promises, even if Binge’s version of time travel, with mysterious ‘Constants’ that remain the same throughout space and time, was a bit fuzzy for my liking. By the end, I found myself wondering why it never quite drew me in, as there isn’t anything obviously wrong with the story Binge is telling.

This might just be a mismatch between the book I wanted to read and the book Binge wanted to write, which is not anyone’s fault. Professor Everywhere is more of a straightforward time travel thriller than I expected from the blurb, with oblique references to the ‘Pimlico incident’ culminating in a satisfyingly dramatic resolution. Although it’s framed as Chloe’s memoir (complete with footnotes), Binge has more fun geekily referencing other SF writers than getting into questions of unreliable narration or subjectivity, which I found a little disappointing. And, despite being set at a university, the novel doesn’t really have a campus atmosphere – which is, to a degree, understandable, especially given Warwick’s thoroughly modern campus, but I still felt Binge could have done a little more with his setting (there is that beautiful lake!). I’d recommend this to fans of Blake Crouch’s Dark Matter; less so to those seeking dark academia or really clever metafiction.

4 thoughts on “#SciFiMonth: Yu and Binge”