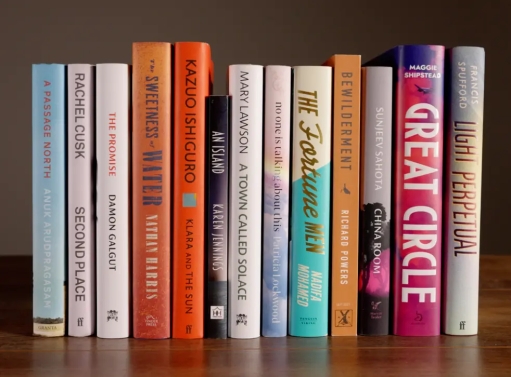 I never shadow the Booker Prize. I almost always find its longlists and shortlists highly disappointing, and this was epitomised by last year’s shortlist, which for me reached a new nadir, put together by a panel whose idea of literary fiction was clearly the stereotype of literary fiction – weighty, miserable and tortured – rather than all the other things literary fiction can be. I was also furious when, in 2019, it forced Bernardine Evaristo to share the 2019 prize with Margaret Atwood, especially given that Girl, Woman, Other was incredible and The Testaments terrible. So why am I writing this post? For the first time EVER, I was pleasantly surprised by a Booker Prize announcement when I saw the 2021 longlist. I’d already read four of the novels on the list – always a good sign that a prize is on my wavelength – and was intrigued by a number of the others. The list seemed to showcase authors I hadn’t heard of before and kinds of novels that don’t usually get considered for the Booker.

So while I am still definitely not shadowing the Booker Prize, I’m going to take the approach I did for this year’s Women’s Prize: read the titles from the longlist that appeal to me and then read the whole shortlist. The shortlist is announced on 14th September, so, rather ambitiously, I’m hoping to get three additional titles read by then. Here are my thoughts on the list overall.

The Ones I’d Already Read

The Ones I Now Want to Read/Am Reading

Have you read any of the titles longlisted for the Booker Prize 2021? Are there any you want to read? Am I skipping any that I really should read?