Zakiya Dalila Harris’s The Other Black Girl starts off in relatively familiar, All About Eve territory. Nella is the only black employee at Wagner Books, and despite her continuous efforts to make her colleagues more aware of issues of race and representation, nothing much has changed in the years she’s worked there. When another black girl, Hazel, joins the company, Nella is initially hopeful that she has an ally, especially when Hazel commiserates with her over the racist representation of a character in the latest novel from one of Wagner’s top-selling authors. However, when Hazel throws Nella under the bus to impress her white bosses, Nella grows rapidly more suspicious. As Nella’s story unfolds in the present, we get occasional snippets from other narrators who are both entwined in Wagner’s past and involved in something much more sinister.

There’s a great novel somewhere inside The Other Black Girl, but for me the pacing was too radically uneven for it to reach its full potential. The first 75% or so focuses too squarely on office politics, and the creepy speculative thread is introduced too late, making the ending feel rushed. If only it had had longer to rev up, the climax could have been brilliantly twisted, but Harris spent too long on office microaggressions (which of course could form the basis of a great novel in their own right) to fully lean into the weirdness. I can see why this has made a big splash, but I hope Harris goes more full out with the horror in her next novel. 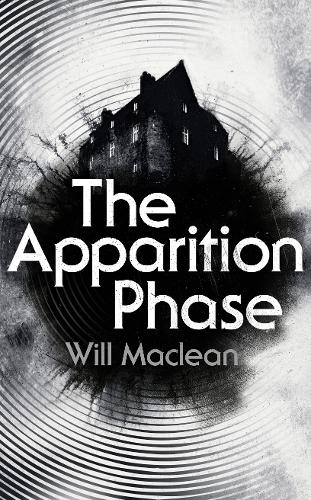 Will Maclean’s debut novel, The Apparition Phase, is that very rare thing – a novel-length ghost story that actually works. I don’t really like straight ghost stories unless they’re liberally crossed over with horror, and this is up there with Michelle Paver’s Dark Matter, delivering a truly chilling entity from an author who is smart enough not to tell us everything. The Apparition Phase begins with teenage twins Tim and Abi, growing up in 70s English suburbia, who have allied together over a shared interest in anything spooky or unexplained. (They have a list of their top three favourite ghost photographs, and collaborate to write phrases on the pages of a book that describe what the afterlife is like – swearing an oath that whichever of them dies first will use these phrases to communicate with the surviving twin). But when they fake a ghost photograph to scare a gullible classmate, they fear they have summoned up more than they’ve bargained for.

The Apparition Phase feels a little like two stories in one – after an awkward bridging section which is the only point when the pace of the book really falters, we’re plunged into another plot. Tim joins a group of teenagers led by an academic who is investigating ghostly phenomena in a haunted house in Suffolk. This, however, eventually loops around to link back to the beginning of the novel in a terrifying climatic scene where Tim is pursued by a mysterious figure through the pitch-black countryside in pelting rain. Despite the bridging section, I thought that this unusual structure worked, making sure the novel didn’t run out of steam halfway through. The Apparition Phase reminded me most strongly of Nina Allen’s brilliant work of speculative fiction, The Rift, as it explores the edges of our world and what we can know, telling a fragmentary tale that doesn’t tie up neatly but is all the more haunting for it. One of my favourite books of the year so far.

13 thoughts on “Everyday Horror: The Other Black Girl & The Apparition Phase”