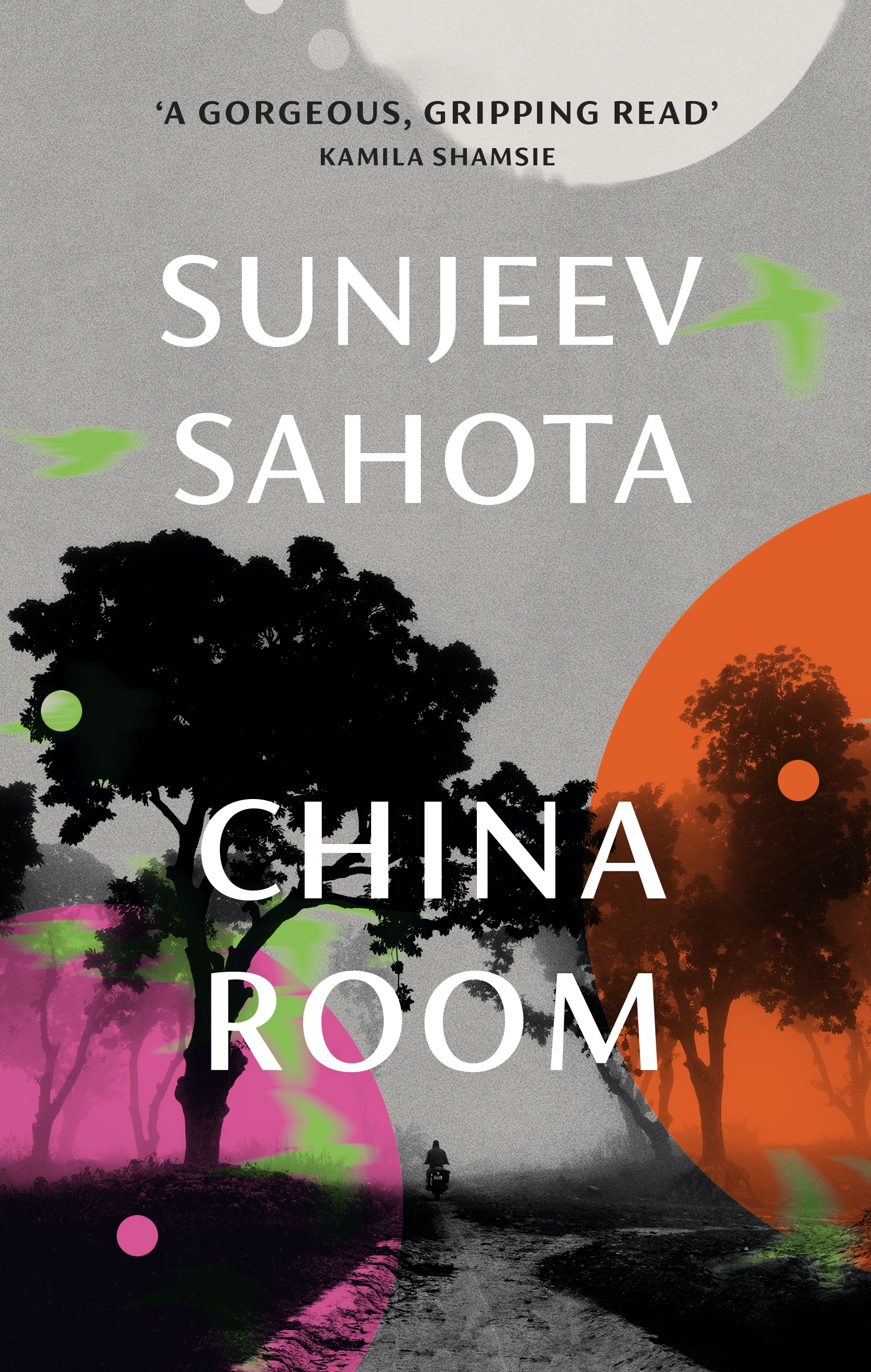 Mehar, Harbans and Gurleen are three recently married young women living in rural Punjab in 1929. They are the brides of three brothers, but none of the three women know which brother it is that they have married. They spend most of their nights in the ‘china room’, where they share a pair of charpoys, string beds, and whisper together under the display of their mother-in-law’s wedding china that came as part of her dowry. However, every so often, one of the women is called to sleep with her husband in a ‘windowless chamber at the back of the farm.’ In the blackness, each struggles to identify her bridegroom, but at first, none of them are able to. With this compelling set-up, Sunjeev Sahota’s third novel, China Room, immediately has something of the folkloric about it. This is countered or perhaps enhanced by the modernity of Sahota’s language and his refusal to slip into distancing, archaic prose. This usually works very well, although there were a couple of phrases that made me pause: it does feel jarring for these isolated characters to say things like ‘Ants in your pants?’, although I get that Sahota is already ‘translating’ their words into English and so we’re already only getting a version of what they say. On the other hand, this decision definitely gives China Room the immediacy that a lot of historical novels lack.

Alongside the story of Mehar and her sisters-in-law, we follow an unnamed eighteen-year-old male narrator in 1999, who is detoxing from heroin addiction on his family’s farm in the Punjab, having grown up in England. Our narrator becomes slightly interested in his family history – we discover that Mehar is his great-grandmother – but Sahota doesn’t draw the connections tightly between these two threads, preferring instead that the stories mirror each other thematically through their depiction of social exclusion and agency. This makes the modern narrator feel a little unnecessary at times, as Mehar’s section of the narrative has much greater tension and direction. However, I did like the perspective that his experiences brought, as he reflects upon the vicious racism he suffered as a teenager, confounding some of our assumptions about the relevant privilege of a young man raised in modern Britain as opposed to a young woman in an arranged marriage in 1920s India. China Room didn’t have quite the same kind of impact on me as Sahota’s previous book, The Year of the Runaways, but it’s a beautifully quiet and moving novel. 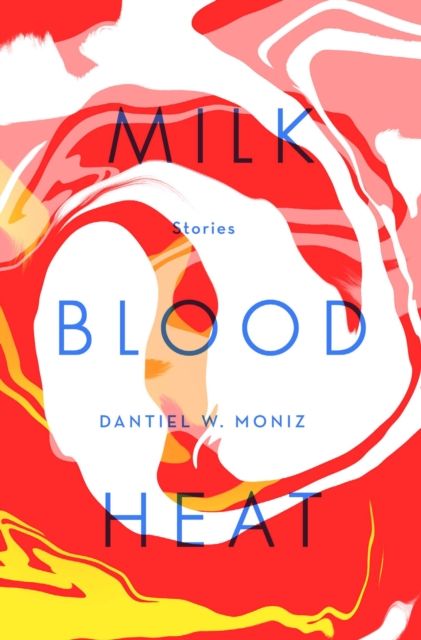 Dantiel W. Moniz’s debut collection of short stories, Milk Blood Heat, plays on some familiar themes: quite a few of the stories are about a pair of girls on the cusp of adolescence, knotted together by their own closeness but already sensing the encroachment of the outside world, where class, race and sexual attractiveness will start to define them. I am quite tired of fiction that stresses the strangeness of girlhood – why can’t we write about teenagers like they’re people, like everybody else? – but to be fair, Moniz only occasionally uses this register. Two things stood out to me from this collection, which I otherwise found a bit forgettable. One, most of the stories continue a couple of pages past where I expected where they were going to end, which was refreshing, as Moniz pulled a bit more out of each situation than I thought it could hold. Two, what will stay with me from Milk Blood Heat is not the plots of its stories but a series of arresting, brutal images. A woman grieving for a lost baby is fascinated by an octopus in an aquarium consuming its own tentacles. A girl hangs onto her non-swimmer friend to save herself when their raft drifts too far out to sea. A sister confronts her younger brother’s school bully in a closet and terrifies him. Tying into what I’ve already said, it’s not surprising that all these scenes came near the end of their respective stories. It’s almost as if Moniz had to write through the mundane before reaching the surprising. I’ve just read too many collections like this for Milk Blood Heat to stand out, I’m afraid, but Moniz definitely has promise.

I received a free proof copy of this collection from the publisher for review. 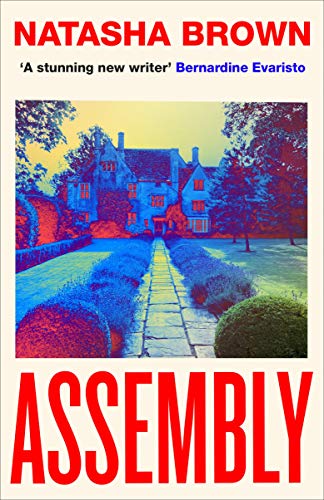 The unnamed narrator of Natasha Brown’s debut, Assembly, is a black woman working in finance, and its ostensible focus is a visit to her boyfriend’s family estate. However, the story takes place almost entirely inside the narrator’s head. This stream-of-consciousness novella sometimes strays closer to being a polemic essay than a piece of fiction, which in this instance, isn’t a bad thing at all. We find out early on that the narrator has been diagnosed with some kind of life-threatening condition and is refusing treatment, but doesn’t seem too concerned with her physical future. Instead, she consistently bashes against the walls of her own mind as she muses on the impossibilities of truly existing as a black woman in Britain. The central theme is how black lives have been monetised, from the compensation paid to slaveowners after Britain abolished slavery early in the nineteenth century, to the way she is exploited and tokenised by capitalism today.

The narrator’s voice becomes increasingly desperate as she considers how futile it is to make people see white supremacy when they don’t believe it’s there: ‘Explain air… Prove what can’t be seen. A breezy brutality cuts you each day.’ To survive, she feels she is being asked to ‘become the air’ and so considers opting out, letting her own body kill her. Her younger sister is on the same ‘successful’ life trajectory, and she believes that by dying she can help her out: ‘I have amassed a new opportunity, something to pass on. Forwards. To my sister.’ However, the claustrophobic twist in this tale is that the narrator herself still can’t think past money, giving her sister a stake in the system that has ground her down: ‘I have the flat, savings and some investments, pensions, plus a substantial life-insurance policy.’ While I admired what Brown was doing with this book, for me it did suffer a bit from the typical curse of the novella; I felt it could have been tightened into an incredible short story or expanded into a wonderful novel. But although it didn’t quite hit as hard as it might have done, it’s still a haunting piece of writing.

I received a free proof copy of this novella from the publisher for review. It’s out in the UK on 3rd June.