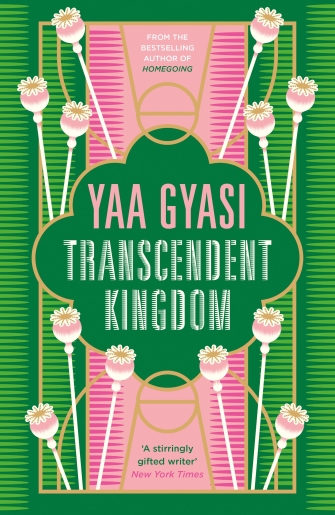 Gifty, the protagonist of Yaa Gyasi’s second novel, Transcendent Kingdom, is both a neuroscience PhD student at Stanford who sought rigour in all things from an early age, and a grieving woman who is still deeply connected to her Ghanaian family’s Pentecostalism. As a child, she struggled with the command to ceaselessly praise God, soon discovering that she found it difficult to keep her mind on prayer for more than a few minutes; her teenage imagination was caught by the idea that ‘in the beginning was the Word, and the Word was God’ might actually be translated differently: ‘“Word” was translated from the Greek word Logos, which didn’t really mean “word” at all, but rather something closer to “plea” or even premise… In the beginning there was an idea, a premise; there was a question.’ Gifty’s research on reward-seeking behaviour in mice has obvious connections with the death of her older brother Nana from opioid addiction, but the novel avoids giving her this one simple motivation for her project; she explains that she was drawn to neuroscience because it seemed so hard and so pure, and is now grappling with the conflict between religious and scientific ideas of the brain, the mind and the soul.

From a white British perspective, fiction on the perceived conflict between religion and science has often tended to focus on the theory of evolution, and explored either the gentle accord that nineteenth-century men of science found between their faith and the evidence that the natural history of the world was much longer than they’d expected, or the later clashes with creationism. Transcendent Kingdom stands out in its depiction of Gifty’s Pentecostal faith, which, unlike Anglicanism/ Episcopalianism, focuses on personal divine revelation and speaking in tongues, and how she integrates her childhood beliefs with her neuroscientific work. (Creationism only comes up once, as an irritating question that non-believers ask her; she dodges it by spouting something one of her schoolteachers once said, ‘I believe we’re made of stardust, and God made the stars.’) This novel is so wise and thoughtful that there are endless bits I could quote, but I was especially struck by how Gifty turns to both scientific articles and biblical passages, not necessarily as sources of authority, but as things that are both good to think with.

This book is so thematically resonant that a lot of the reviews I’ve read make it sound intellectually worthy, but a bit dry; this isn’t the case at all. Gifty is a completely captivating narrator, ironically funny about her younger self, complex, unashamedly ambitious and yet deeply caring. Gyasi does not have time for any of the usual binaries that afflict female characters, and doesn’t let us think for a second that because Gifty wants to be a scientific star and does not want marriage or children, this means that she is in any way emotionally deficient. The novel is also technically brilliant in a very unobtrusive way; the narrative melts between present and past every few paragraphs, but I never felt at all confused about where or when we were. Indeed, it’s this clever juxtaposition that allows Gyasi to say so much without spelling anything out to the reader.

I never managed to love Gyasi’s acclaimed debut, Homegoing, as much as I wanted to; I admired its premise and construction, and connected with some of the stories, but felt a little distanced from the project as a whole. Transcendent Kingdom was a very different experience; I was completely pulled into Gifty’s world and Gifty’s questions. This novel deserves to go straight onto the Women’s Prize longlist and indeed the shortlist, and I hope to see it there on the 10th March.

I received a free proof copy of this novel from the publisher for review. It’s out in the UK on 4th March.

(An aside: what is going on with the UK cover for this book? It looks like the sort of shapes I used to doodle in class, and the pink and green cover scheme is – not good. It’s such a shame, because the US cover is perfect:

29 thoughts on “‘In the beginning there was an idea’: Transcendent Kingdom by Yaa Gyasi”