So, what did I think of the last two on the list? 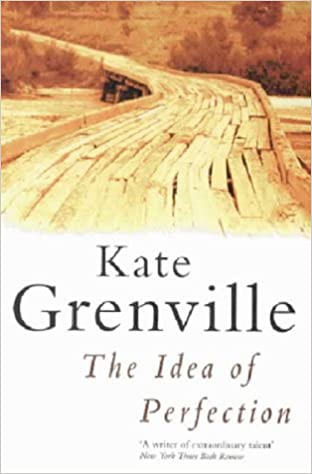 I read Kate Grenville’s The Idea of Perfection, which won the Orange Prize in 2001, as a buddy read with Rebecca at Bookish Beck. It tells the story of two misfits, Douglas and Harley, who meet in the tiny Australian town of Karakarook. Douglas is an engineer who has been sent to demolish the town’s rickety bridge; Harley is a museum curator who has been sent to preserve the region’s rural heritage. Both strangers in the community, single and lonely, they are set on a personal as well as a professional collision course. Grenville is brilliant at making the most mundane moments feel incredibly tense, whether it’s Douglas’s inability to break social convention by speaking up when he’s being driven far too fast through the outback, or Harley’s very quiet confrontation with a local storeowner who won’t sell her a bucket. The Idea of Perfection really gets into the second-by-second tick of social anxiety, with both the protagonists agonising over doing the correct thing. On the surface, this is a funny and light read, but like the patchwork that Harley puts together, Grenville is adept at balancing out the light and the dark, with the darkness in the novel largely to be found in the backstories of the two protagonists. However, The Idea of Perfection also includes a subplot about local housewife Felicity Porcelline, who is determined to be a model to everybody else but ends up being tempted by adultery, and I felt this really detracted from the novel as a whole. Felicity is a very familiar caricature and her story distracted from the warmer thread of Harley and Douglas’s growing bond. Because of this wasted page-time, the novel seemed too long, but also wrapped up too quickly; there didn’t seem to be enough space in the final chapters to really feel for our protagonists. Nevertheless, I did enjoy the quirky originality and clever observations of The Idea of Perfection, and liked it better than the only other Grenville I’ve read (The Secret River). 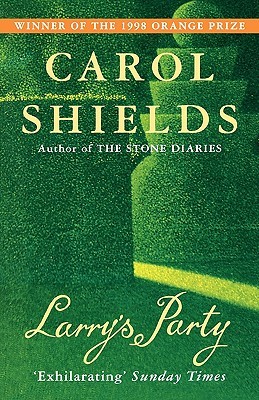 Carol Shields’s ninth novel, Larry’s Party, won the Orange Prize in 1998. The novel follows the life of an ‘ordinary’ Canadian man, Larry Weller, through a series of chronological vignettes that focus on specific years in his life, culminating in a dinner party he holds in his late forties. Shields’s purpose only really becomes clear in this long final chapter, when all the women who’ve been significant in Larry’s life debate the role of men in the late 1990s, and whether they are now redundant! Certain flashes of Larry’s life felt more freshly observed to me than others; I found the very first chapter particularly memorable, when Larry strolls delightedly through the streets wearing a wrong but better jacket than the one he put on that morning. It reminded me of Michel Faber’s brilliant short story ‘Vanilla Bright Like Eminem’, which similarly captures a moment of unexpected joy in the middle of an ordinary day. Larry’s journey through Annunciation paintings with his second wife, Beth, an academic who is by far the most interesting character in the novel, also stuck in my mind, as did his first wife’s callous destruction of the hedge maze he lovingly builds in his garden. Finally, Shields writes hilariously and accurately about Larry’s brief midlife crisis when he turns forty: ‘and then a dazzling thought comes at him sideways – by August he will be forty-one! No longer forty, with forty’s clumsy, abject shoulders and sting of regret, but forty-one! A decent age, a mild, assured, wise and good-hearted manly age.’ However, although I liked the novel a lot, I didn’t think that it brought anything particularly new to discussions of masculinity at the turn of the twenty-first century, although it’s refreshing to see a male protagonist who is fundamentally not a bad sort. I also found the twist at the end both disappointing and frankly, unbelievable, given its minimal seeding. It allows Shields to deploy a satisfying maze metaphor but for me, negatively coloured my final impression of this solid Orange Prize winner.

Both these novels made me reflect on how rarely I read novels that are older than a couple of years, and what I might be missing out on by focusing so closely on contemporary fiction. I also suspect that I might have been much more impressed by both these books had I read them in my late teens or early twenties, when, for whatever reason, I felt much more drawn to these kind of quiet, character-led narratives. Nowadays, as my Women’s Prize winner ranking will reveal, I am much more enthusiastic about books that make me think, and especially to books that incorporate speculative elements, whether that’s hard SF or something with just a hint of magic. I feel like this reverses some stereotypical ideas about what you like in your teens versus your thirties, but never mind!

Has reading older novels made you reflect on your present reading preferences?