Sequels to science fiction and fantasy books, films and TV series are often described as ‘darker’ than their immediate predecessor, a trend that I first noticed with Harry Potter. Retrospectives on the book series tend to assume that Voldemort’s return in the fourth book, Goblet of Fire, shifted the series towards a ‘darker’, ‘more mature’, tone; retrospectives on the film series point the finger at the third film, Prisoner of Azkaban, where director Alfonso Cuaron deliberately created a Hogwarts with a very different feel to Chris Columbus’s version (at the time, most newspapers ran with ‘Harry Potter hits puberty‘, praising Cuaron’s revamp). Nevertheless, this trend started earlier; every Harry Potter film was described as darker than the one before it. A number of professional reviewers praised the second film, Chamber of Secrets for being ‘better and darker than its predecessor’. Entertainment Weekly wrote that the film ‘deepen[ed] the darker, more frightening atmosphere for audiences. This is as it should be: Harry’s story is supposed to get darker’, referring to J.K. Rowling’s stated intention that the series should ‘grow up with its readers’. However, even after the tonal shift when Voldemort regains a physical body in Goblet of Fire, reviewers kept praising the films for being darker than the last. ‘Harry Potter grows older and darker’ was Time‘s headline for their review of Order of the Phoenix .

Given the larger number of books and films in the Harry Potter series, this trend is most obvious for this franchise, but is not confined to it. You might not think that a series that kicks off with the state-sanctioned murder of 23 children and adolescents by their peers could get any darker, but according to reviewers, the Hunger Games franchise did. The Atlantic found Mockingjay: Part 1, the third film in the series, ‘darker, more relentless’ than the previous installments, spelling out what they meant while unintentionally proving the Sequel Is Always Darker rule: ‘The second installment was already weightier than the first, and in this outing the moral gravity has been ratcheted up once more.’ The Star Wars prequel Rogue One was obviously going to have a different tone from the earlier films, given its content, but alongside its universal reputation as ‘dark’, fans still asked ‘Should Rogue One Have Been Even Darker?‘ To look at a different kind of follow-up, remakes of classic movies are often praised as being ‘darker’ than the originals. Tim Burton’s Charlie and the Chocolate Factory remake was seen as ‘the darker side of Willy Wonka‘. Netflix’s The Chilling Adventures of Sabrina has been reviewed as both ‘darker’ than the original 1990s sitcom and comic book series and as getting darker than its original self season-by-season. Showrunners also love to tease fans with ‘darker’ sequels, as with this piece on the third season of Stranger Things,  which claims, ‘it’s definitely going to get darker still – [it will go to?] places that I think audiences are going to really love.’ 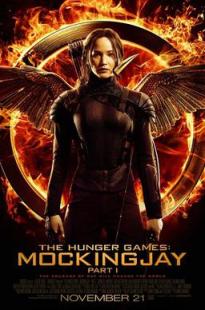 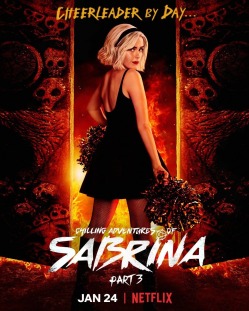 But what do reviewers actually mean when they say that a book or film is ‘darker’ than its predecessor? We could spend ages arguing over what it means to be ‘dark’ (kill count? tone? grey morality?) or whether or not these sequels are actually darker, but instead, I want to suggest that when people say something is ‘darker’, they mean it is ‘better’, and this is a big problem.

Why does darker = better, especially when it comes to popular science fiction and fantasy series? My hypothesis is that it’s a signal that these books and films are worthy of adult attention, and so it’s OK if you’re an adult and you like them. Popular associations surrounding these genres still associate them with children, and one way for both artists and their fans to try and shed this ‘childish’ reputation is to talk about how dark their work is, and how much darker it’s going to be. This also explains why the first episode may be dark, but the next one is always darker: series need to ‘mature’, ‘grow up’, ‘develop’, because these are all Good Things, whereas remaining in the supposedly immature and undeveloped world of childhood is bad.

This is problematic enough in itself, because it simultaneously devalues children and adolescents, claims that young people don’t want complex stories, and assumes that being into ‘darker’ media makes you a better, more serious adult. It sets up a false binary between cheery, morally black-and-white children’s fiction and dark, morally grey fiction for adults. However, I’d also argue that playing into this narrative leads writers, filmmakers and showrunners into serious trouble. I’m going to reserve my full Harry Potter rant for another post, but suffice it to say that I think Rowling’s decision to make the series ‘grow up with Harry’ not only gives it a horribly uneven tone, but actually leads to it becoming less morally interesting. Rogue One disappointed me terribly because it served up such simplistic and boring characters compared to its companion film, A New Hope, as if being serious means that you don’t get to have a personality (you know you’ve gone wrong when the robot is the most compelling person in your film). And season three of Stranger Things misstepped by deciding that it had to fully embrace adolescence rather than exploring the ways in which our protagonists are still children – or realising that it was its celebration of childhood creativity and ingenuity that made the first two series so great.

I think it’s time to abolish the assumption that darker is better, or even that calling something ‘dark’ is a meaningful description. I love a lot of fiction that has been called ‘dark’, such as A Song of Ice and Fire and Black Mirror. But give me The Force Awakens or the book version of Harry Potter and the Philosopher’s Stone any day over other films or books in those franchises that try to be ‘dark’ because they think that’s how to be ‘grown up’, and, in doing so, reinforce our limited ideas of what is worthy of our notice.

27 thoughts on “‘The Sequel is So Much Darker’: Why Series Don’t Always Get Darker – and Why That’s A Good Thing”