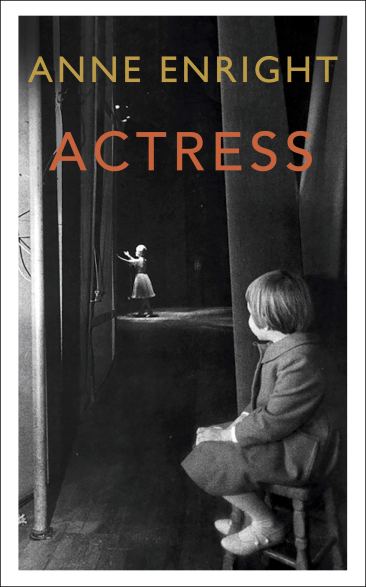 In Anne Enright’s seventh novel, Actress, Norah narrates the story of her relationship with her mother, Katherine O’Dell, an English-Irish star of stage and screen who became notorious in her later years after shooting a filmmaker in the foot. Actress possesses all the gifts that I encountered in the one previous Enright novel I’ve read, The Gathering. On a sentence-by-sentence level, Enright’s prose is always impeccable and frequently, startlingly good. Two particular examples that stood out for me were both about motherhood. Trying to conceive a child, Norah muses, ‘secretly, I did not think I was capable of having a baby. I could not align my wanting. If I could just want the right thing, I thought, and at the right time, then my body would give in and want it too’. Finding her real father would be ‘the rope I needed to haul my baby out of the universe and into my body.’ Later in the novel, when her daughter, Pamela, is grown, Norah stands in her childhood room and reflects, ‘I like to think of her growing up in here, with infinite slowness, filling the length of the bed.’ However, you could probably open Actress on any page and find a gem. Enright will never resort to lazy shorthand; the world and the characters she evokes in this novel are utterly distinctive.

Nevertheless, I couldn’t warm to Actress any more than I could warm to The Gathering. It feels like a massive critical failure to say that a novel is ‘too grim’, but that’s what keeps coming back to me with Enright’s work. I can’t really warm to her literary projects, because there’s something about her view of the world that I just don’t like. With Actress, this is partly because of a mismatch between my expectations and the novel she actually chose to write – we’re told Katherine was a star, but any actual success she had in her career is blink and you’ll miss it. I can see how this may have been absolutely deliberate; Norah certainly lingers on the more unpleasant aspects of her mother’s character. But Katherine’s stardom was the bit I most wanted to read about! Ultimately, the unleavened misery of these characters was just too much for me, so while I have to admire Enright’s skill (and the memorable front cover), this wasn’t a book I enjoyed reading or will return to.

It was the same after 9/11, there was that hum in the air. Everyone everywhere talking about the same thing. In stores, in restaurants, on the subway. My friend met me at the diner for coffee. His family fled Iran one week before the Shah fell. He didn’t want to talk about the hum. I pressed him though. Your people have finally fallen into history, he said. The rest of us are already here.

Jenny Offill’s Weather was already a timely novel, but since the onset of the Covid-19 pandemic, it’s become almost unbearably prescient. The New York narrator’s disconnected musings were, when this was published way back at the beginning of February, knitted together by the fear of catastrophic climate change; however, Lizzie is more afraid for her son and her niece than for herself. ‘If climate departure happens in New York when predicted, Eli and Iris could – “Do you really think you can protect them? In 2047?”‘ Now, of course, a kind of disaster seems to have arrived much faster than even the fearful Lizzie could have predicted, and this book feels weirdly, brilliantly, both pre- and post-pandemic. Offill could never have anticipated this timing, but I believe that one of the reasons this holds up so well is the strength and truth of her writing. At times, I felt like she was rummaging around in my brain.

I can see how some might feel that Weather reads like a series of isolated observations, all very profound and quotable but not adding up to anything meaningful as a whole. However, that wasn’t how I experienced it. I felt as if I was following Lizzie’s thought patterns, understanding instinctively why she flips from one set of concerns to another, because I could see how they were tied together. A novel that deals with human extinction should theoretically struggle to get the reader to care about the other mundane details of its protagonist’s life, but Offill shows us how nobody can shed these kinds of concerns even when they’re trying to face up to the end of days. Lizzie’s touch of osteoarthritis reminds her as vividly of her own mortality as the ‘prepper’ literature she’s absorbing: ‘Later, when I tell Ben the gout story, my voice is less jaunty than I intend. I make a little joke and the room steadies. But I saw his eyes. I know what he’s remembering. That time the dog’s muzzle went grey.’ Profoundly disturbing but also very funny, Weather is the surprise hit for me from the Women’s Prize longlist.

I’m aiming to read all sixteen books on the Women’s Prize for Fiction longlist this year. These are numbers eleven and twelve. I’ve already read Girl, Woman, Other; The Dutch House; Queenie; Djinn Patrol on the Purple Line; Nightingale Point; Dominicana; Girl; How We Disappeared; A Thousand Ships; and Hamnet.

For anyone who took part in my Twitter poll and is concerned that I seem to have forgotten to read Fleishman Is In Trouble; I started it first but it has been leapfrogged by a couple of shorter longlistees! I am enjoying it, but am reading it very slowly 🙂

32 thoughts on “Women’s Prize for Fiction 2020: Actress and Weather”