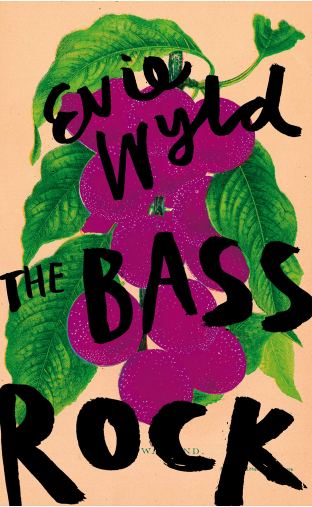 Evie Wyld’s The Bass Rock was probably my most eagerly anticipated title of the last couple of years. Her second novel, All The Birds, Singing, with its insanely clever backwards structure, was one of my top ten books of the decade; I put The Bass Rock on my4.5 star challenge before it even had a cover because I was so sure I was going to love it. So, perhaps it could never have lived up to such high expectations, and yet I do feel a little disappointed. Before I go any further, I should say that The Bass Rock is absolutely a good novel, and it was utterly cheated by not making the Women’s Prize for Fiction longlist (especially given the dubious quality of many of the titles that were longlisted). Wyld is an incredible writer, and, line-by-line, there is nothing about this book that is a letdown. However, it’s made me reflect on what I want from a novel that is really going to blow me away: and I guess I’ve concluded that I put a higher premium on originality – both in terms of structure, and content – than perhaps other readers do. Quite apart from the brilliant structural tricks that Wyld played in All The Birds, I loved its unusual setting – the protagonist, a woman called Jake, spends a good chunk of the novel as a sheep-shearer in the Australian outback – and the way that Wyld experiments with horror tropes. Nevertheless, The Bass Rock totally succeeds in everything that it sets out to do, and it is a bit unfair to be cross at it simply because it isn’t All The Birds.

The Bass Rock, like its predecessor, also takes a slightly experimental structure; the vast majority of the novel is divided between three narratives, linked by place rather than by person. Viv, in the present day, is house-sitting in the shadow of the Bass Rock, a looming presence off the Scottish coast. Ruth, in the 1950s, has just moved into the same house, navigating her relationship with Peter and his two teenage sons, who are having a turbulent time at boarding school. Finally, in the early 1700s, a woman flees for her life into the surrounding woods after she is accused of being a witch. Usually, novels that use dual or triple narratives tie them together tightly – a common trope (much disliked by me) is the person researching their family history – but, although certain links emerge, Wyld is brave enough to let these three strands stand in parallel. While I thought this aspect of the novel worked, I still found that I was constantly wishing to return to Ruth’s story, which felt by far the strongest of the three. I hate to say it, but aimless millennial narrators like Viv are starting to irritate me; she’s an old millennial, but she still fits into a groove that I feel has become increasingly worn. Meanwhile, the early modern witch-hunt felt flat and familiar.

It’s when we’re spending time with Ruth that the book really shines; the way that it traces the quotidian trauma of male violence, and how easily it can become an everyday experience. While all three stories are, of course, concerned with patriarchal power, its threads are seen most clearly in the mundane horrors of Ruth’s world; the predatory local vicar, the boys’ abusive boarding school, how Ruth’s own husband quietly oppresses her, the silencings and smothering of other girls and women. Somehow, Wyld manages to nail not just how violence works but how we come to take it for granted. She doesn’t allow us to judge these characters from outside (of course he’s an abuser; of course that’s rape) but forces us to enter into their heads and understand how difficult it is for them to see things clearly. Her take on this theme is one of the best that I’ve ever seen in fiction, and that alone makes The Bass Rock worth reading.