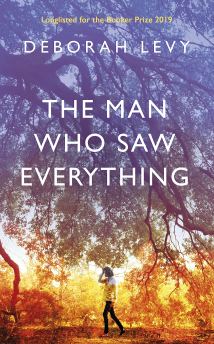 First, Nikita Lalwani’s debut novel, Gifted (2007), which follows Rumi, a second-generation Indian immigrant growing up in Cardiff, whose father, Mahesh, is determined that she should become a maths prodigy after she’s identified as ‘gifted’ as a young child. Lalwani handles this situation with great subtlety; Mahesh makes Rumi’s life a misery, but not necessarily because he buys into the Mensa-approved ideas about what it is to be gifted, and he is infuriated by the idea that Rumi is somehow a freak because she is both smart and brown. He sees himself as a progressive man, willing to nurture a daughter’s gifts in the same way as he would a son’s. Meanwhile, Shreene, Rumi’s mother, pushes against stereotypes of silenced Asian women, despite her conviction that Rumi’s main destiny is to get married; she too goes to work every day and happily recalls how she refused to see Mahesh when he made the first formal visit to her family to ask for her hand, because he arrived earlier than expected and she wasn’t ready. Gifted succeeds more as a series of excellent set-pieces than as a whole novel; it’s a bit fragmented and directionless, but its evocation of Mahesh, in particular, is brutal and touching. Despite the title, it’s not really about the label ‘gifted’ or about being a ‘precocious’ child – I wish somebody would write a really intelligent novel about either of those subjects! – but about the pressure of family expectation, especially in a hostile country.

Second, I finished my re-read of Donna Tartt’s The Little Friend (2002); I don’t have the energy right now to give this novel the review it deserves, but suffice it to say that (a) this evocation of a Mississippi community in the early 1970s is devastatingly sad – much more so than I remembered, and (b) it’s definitely Tartt’s best novel.

Third, I read Deborah Levy’s Booker-longlisted novel The Man Who Saw Everything (2019) – or at least I got halfway through it, setting a new record for me with a Levy novel. (And yes I did get to the bit where it all switches about). Levy just doesn’t click for me – she’s obviously a very good writer, but while I hoped this would be a literary mediation on time and space along the lines of Ben Lerner’s 10:04, it didn’t engage me at all.

My December reading plans haven’t been especially successful; I’ve read two of the six books I planned to read (The Bluest Eye and The Unpassing), have struggled to get hold of two others (We, The Survivors and A Door in the Stone) and have decided against reading the final two, at least right now (The Echo Maker and Heaven My Home). Because I’m dumping The Echo Maker, I’ll hold out on declaring my 4.5 star challenge complete until I can read Evie Wyld’s The Bass Rock. However, I did manage to read ONE SF book by a writer of colour in December (Daniel H. Wilson’s Robopocalypse). 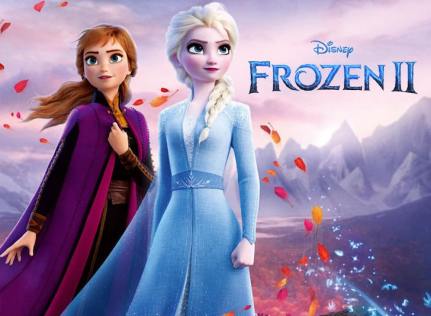 As usual, I have been watching a lot of rubbish! I went to see Frozen II a week or so ago (if anyone cares about spoilers for Frozen II, look away now!) This is a somewhat frustrating sequel in that it’s pitch-perfect thematically, but isn’t a very compelling film. The basic plot sees Elsa, Anna and their various sidekicks try to heal a past rift with the local community of Northuldra (obviously based on Inuit peoples) after Elsa hears a mysterious voice calling her away from her kingdom of Arendelle. Elsa’s character arc is very well-handled; the writing team have worked out how to give her a second internal conflict that doesn’t diminish what she came to terms with in Frozen. While she ultimately decides to resign her queenship and leave the kingdom, she does this on her own terms; rather than running away as she did in the first film, she now knows she is accepted for who she is and can freely decide what to do.

There’s been lots of speculation over whether Disney will dare to present Elsa as openly lesbian, and the furthest this film goes is to emphasise that she has no interest in marriage and give her a cute girl to chat to. While this decision was probably made for the wrong reasons, I thought it was the right one for this particular film – much as I love the idea of lesbian Elsa, it is refreshing to see a female character in an animated film (or any kind of film!) whose central arc is not about romance. It’s funny to think that the film writers have probably been forced into this relatively positive representation by dint of wanting to avoid explicit lesbian representation but not wanting to piss off the LGBT community too badly.

However, the writers have seemingly forgotten to give Anna a parallel arc to her sister, and this shows, as her sections of the film really drag. This is annoying, as obvious possibilities present themselves – Kristoff keeps trying unsuccessfully to propose marriage to Anna throughout the film (which is hilarious), but if he’d been allowed to pop the question at the start, this could have sent Anna into a tailspin, as she flashed back to her disastrous engagement to Hans and wondered whether she was rushing into things with Kristoff as well, even though she has now known him for a year. Instead, Anna’s only conflict is whether she can get Elsa to accept that she needs to accompany her on her adventures – which falls rather flat when it transpires that Elsa was absolutely right to tell Anna that, without magic, there are places she cannot go. While I LOVED Kristoff’s line to Anna when they are reunited, and she’s worrying if he now doubts whether she cares for him – ‘My love is not fragile‘ – both characters are under-used in this film. And the sooner Olaf the snowman is blasted into smithereens, the better.

Well, like everyone else in Britain, I’ve been thinking about the horrible election result on Friday, but I don’t want to spend much time discussing it on this blog. These are some interesting Twitter threads/articles if anyone wants them: one    two    three    four

What has helped me in the last few days, apart from talking to my sister and some of my friends, is re-reading Sylvia Louise Engdahl’s classic Enchantress From The Stars (1970), which I first read when I was fifteen. Enchantress from the Stars focuses on a young woman, Elana, who joins a secret team from the Federation Anthropological Service, bound to encourage one civilisation to leave the planet of another. Engdahl was the first to teach me that you can combine science fiction and fantasy, and that unthinking atheism and rationality is as damaging as unthinking belief and superstition. (Engdahl herself has objected to the novel being called a combination of these two genres, because she thinks that only science fiction has something to say about the future, which is her purpose as a writer. Whether or not you agree with this, my sense of the way in which the novel lets genres talk to each other is stylistic and thematic – Enchantress From the Stars is not only partly written in a folktale pastiche, but is concerned with the reality of ‘magic’). It reminded me that I want to read many more novels where the speculative genres talk to each other like this; Nina Allan’s work pulls off the same kind of thing. I found Enchantress so helpful to re-read in the last few days for two reasons: firstly, it reminds us that the route to social progress is not linear, and things can get a lot worse before they get better. Secondly, in its depiction of Elana and her local ally Georyn, it suggests that sometimes we can only accomplish things we believe to be impossible by pursuing them in defiance of reason, and that that isn’t a stupid thing to do.

I’ll now be mostly offline until I put up my Books of the Year posts at the end of December (and maybe a bonus Books of the Decade this time around as well) so I hope you all have a festive and relaxing holiday season!