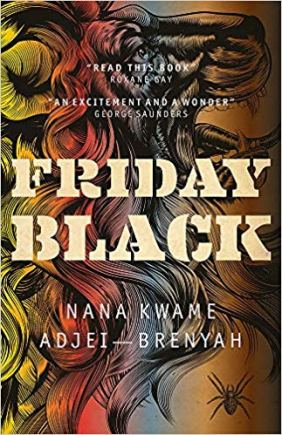 Nana Kwame Adjei-Brenyah’s debut collection of short stories, Friday Black, feels both memorable and familiar. In full satirical mode, Adjei-Brenyah’s writing recalls both Paul Beatty’s The Sellout and, perhaps most strongly, some of the stories in Narissa Thompson-Spires’s recent collection, Heads of the Colored People, which I read for last year’s 20 Books of Summer. These stories dial up the violence to eleven to produce vicious vignettes of racism and consumerism in the contemporary United States. ‘Zimmer Land’, in particular, could have made a great addition to Victor LaValle’s and John Joseph Adams’s edited anthology of speculative fiction, A People’s Future of the United States. It recalls the Black Mirror episode ‘White Bear’ in its depiction of a young black man working in a simulation where he has to pretend to be a robber and have white people pretend to murder him every day. While, technically, this story does the same thing as some of the more pedestrian stories from the LaValle anthology, imagining a dystopian future where white supremacy is even more dominant than it is today, it’s saved by its sheer weirdness. Similarly, ‘The Finkelstein 5’, which picks up on the same themes by having a white man claim that he needed to behead five black children with his chainsaw to defend his own family, works because of how it forces us to revisit the only slightly less horrific things that happen in our own world.

Three stories deal with retail: ‘Friday Black’, ‘How to Sell A Jacket as Told by IceKing’ and ‘In Retail’. The first two, which take place in the same savage world where customers literally murder each other to get to goods on Black Friday, could perhaps usefully have been combined into one long piece; together, they’re unforgettable. ‘In Retail’ feels a little repetitive after these two, but I liked the opportunity it allowed for Adjei-Brenyah to show a softer side. ‘The Lion and the Spider’, about a father who keeps abandoning his son and the vivid fantasy worlds the son creates in his head, is also a stand-out, but in a totally different mode from most of the collection; more realist, and more optimistic. However, despite its strengths, this collection felt uneven as a whole because there were a number of stories that I felt didn’t work at all: ‘Lark Street’, ‘The Hospital Where’ and ‘Light Splitter’ were all too absurd and jumbled for my tastes, and ‘Through the Flash’ was only redeemed by its ending. Adjei-Brenyah may not be a consistently good writer yet, but I’ll still be watching out for more work from him. 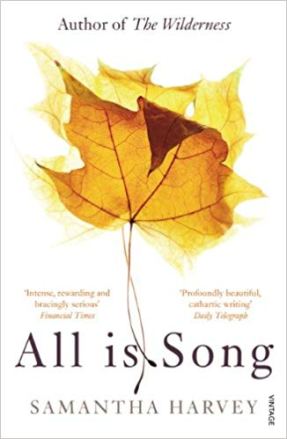 Samantha Harvey’s second novel, All Is Song, tries to imagine what might happen if Socrates was teaching in this day and age. It’s told from the point of view of the Socrates-figure’s brother, Leonard, who has come to stay with his older brother William after the collapse of a relationship. Leonard witnesses William’s extraordinary hold over some local students, which will eventually lead him into trouble, and closely studies his brother’s ways and motives. I barely made it through a quarter of this novel, which is a bit of a shocker, as I absolutely adored Harvey’s Dear Thief and The Western Wind. Having read a number of reviews and interviews about this book, I think that Harvey was trying to pull off something incredibly difficult here; to produce a novel as luminous and moving as Marilynne Robinson’s Gilead, but centred around a character who is extraordinary, rather than relatively ordinary in the way that John Ames could be said to be. I admire her ambition, but it doesn’t work; William doesn’t seem special in the ways she needs him to be, and rather than achieving Gilead‘s timeless simplicity, the novel feels both chronologically and geographically adrift. However, failing to write as well as Marilynne Robinson is hardly a condemnation of Harvey, and I’m still a huge fan of her later books. 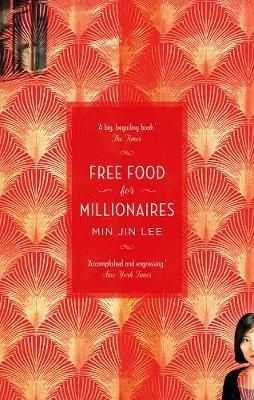 Free Food for Millionaires, Min Jin Lee’s debut novel, took her a very long time to write, as she explains in the foreword. And it’s a very long book: following Casey Han, the daughter of Korean immigrants who disapprove of her fecklessness after graduating from Princeton, it expands to encompass the destinies of a number of Casey’s social circle, especially her best friend Ella, who has managed to meet her own Korean parents’ expectations but becomes desperately unhappy. Compared to Pachinko, Lee’s second novel, which considered the oppression of Korean immigrants in Japan across several generations, this is basically soapy fun. Given its length – 650 pages – I’d expected this to become more of a multi-generational saga as well, delving back into the past of Casey’s parents, but instead it aims for breadth rather than depth. I liked some of the details of Casey’s characterisation, such as her frustration that her most natural talents – sizing people up for clothes at a glance, making elaborate hats from scratch – don’t help her with what she thinks she ought to be doing in life. But on the whole, Lee relies too much on telling us what her characters are thinking and feeling, and the head-hopping is frequently awkward. I’m not sure this was worth sticking with for the amount of time it took me to read; I’d recommend Pachinko instead, despite its also occasionally clunky writing.

For the first time, I read all 20! I’ll be writing a retrospective on my 20 Books of Summer before the challenge ends on September 3rd. If you were also doing this challenge, how did it go?