Taken from Eric Karl Anderson’s (Lonesome Reader’s) YouTube video. A bit of a late mid-year check-in, but I arrived back from Australia on 30th June and went straight to another conference in Birmingham in the first week of July, so I’m behind! 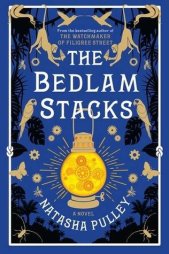 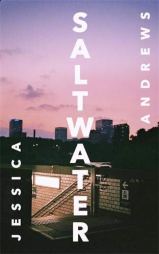 1. How many books have you read so far this year? 91 (was 85 at the end of June). This is definitely above average for me – I’ve been doing a lot of travelling, so that’s probably contributed.

2. What’s your favourite book so far this year? Natasha Pulley’s The Bedlam Stacks has probably made the deepest impression upon me so far in its beautiful mixture of historical fiction and speculative fantasy set in the Peruvian rainforest.

3. What’s the most disappointing book you’ve read this year? Jessica Andrews’s Saltwater is probably the one I feel most irritated about; I’d been so hoping for a brilliant coming-of-age novel set in the north-east and instead I got standard-issue literary writing coupled with no sense of place.

4. What genre have you read most this year? This is impossible to answer, as I do read a lot of genres, but my reading has probably skewed towards science fiction and speculative literary fiction.

5. Name a new favourite author that you’ve discovered this year. Natasha Pulley, as above – I also very much enjoyed her The Watchmaker of Filigree Street – but I was also bowled over by Nina Allan’s The Rift, and can’t wait to read her first novel, The Race, although her latest, The Dollmaker, didn’t quite land for me.

6. What’s the most surprisingly good book you’ve read so far this year? Ha, this has to go to Melissa Broder’s The Pisces, which I initially refused to read because I thought it was going to be crude and sensationalist, and then liked so much that it made my personal Women’s Prize shortlist.

7. What are your favourite and most anticipated 2019 releases? Some of my original picks still haven’t come out (or have been moved to 2020 very sad about this Evie Wyld), but here are some new picks [links to Goodreads]: 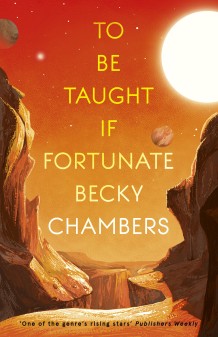 8. What’s your next big priority for your reading? Getting my 20 Books of Summer read before I’m distracted by the new exciting titles above.

9. What’s been your bookish highlight of the year so far? Definitely attending the Wellcome Book Prize ceremony after shadowing the award for the second time, and also the 5×15 Stories event that featured five of the shortlisted writers.

I don’t tend to tag people, but if anyone hasn’t already done a mid-year round-up and fancies this tag, go for it! I’d love to hear others’ responses.