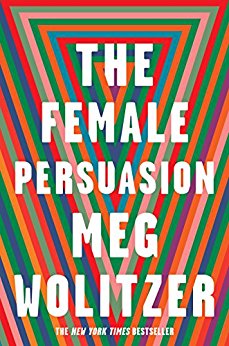 Greer is an idealistic college student when she first encounters eminent feminist Faith Frank (her name, like Greer’s, is rather too pointed) in 2006. Nevertheless, Greer manages to make an impression on Faith, and after graduation, she ends up working for Faith’s new women’s foundation, Loci, which publicly promotes wealthy, corporate feminism but promises to do small-scale good for disadvantaged groups as well through its ‘special projects’. Greer is initially won over by Faith’s vision, but as she learns more about Loci, disillusionment begins to set in. The Female Persuasion sells itself as being about this encounter between two generations of feminism, but its energy seems to be elsewhere, following the stories of Greer’s high school Portuguese boyfriend, Cory, and her college best friend, Zee, who initially identifies as a lesbian but later decides that it’s ‘gone the way of the cassette tape… Queer felt stronger, queerer, its difference front and center’. Ironically, given that Greer will go on to publish a popular feminist book called Outside Voices, her perspective is that of an insider’s; despite straitened financial circumstances, her family are middle-class hippies fallen on hard times, and they’re there for her when she really needs them. For this reason, both she and Faith quickly become rather tiresome, and I wished that Cory and, especially, Zee, could have been more central.

Unlike Wolitzer’s The Interestings, which I found a bit of a slog, The Female Persuasion is incredibly readable in the same way as Jeffrey Eugenides’s The Marriage Plot or Chad Harbach’s The Art of Fielding are readable; I gulped it down. Nevertheless, its central plotline doesn’t have much to say about the politics of feminism, and what it does have to say is rather misleading. Most obviously, it suggests that second-wave feminism was for wealthy white straight women, and that third-wave feminism is primarily differentiated from the earlier movement by being more intersectional, concerned with the rights of women of colour, of sex workers and LBTQ women. This is a myth that I am continually trying to challenge when I teach courses on the history of feminism, a myth that erases the work of lesbian and bisexual women, working-class women, and women of colour, and also the attempts (though often misguided and patronising) of more privileged women to engage with these critiques. If you want to learn more, the resources on Deborah Cameron’s website, Re-reading The Second Wave, are a good place to start. It might be argued that Faith is not meant to represent all second-wave feminists, just a particular type, and this is fair enough; BUT, given dominant beliefs about feminist history in both Britain and the USA, this leaves too much space for misunderstanding, and the book’s Goodreads reviews make dismaying reading.

Moreover, even if you buy the idea that third-wave feminism is genuinely more intersectional, rather than being as ridden with racism and homophobia as earlier incarnations of the movement, it’s hard to get away from the fact that this isn’t a very intersectional book. Greer herself is definitely not a representative of a younger and more radical feminism; she confronts Faith because she’s wrestling over questions of personal morality, not because they have vast political differences. While The Female Persuasion does foreground a character of colour and a queer woman in Cory and Zee, both characters are tangential to the political plot; Wolitzer seems to be using them to highlight a more interpersonal dimension to feminism, the idea of leading a feminist life rather than simply grandstanding on a stage. And yet I felt this view itself was somewhat outdated. I’d love to see women disagreeing over matters of political principle, as second-wave feminists often did, rather than over broken friendships. While I applaud Wolitzer’s emphasis on feminism as a practice that obviously takes place outside the organised feminist movement, among people who may not even call themselves feminists, this doesn’t address the question of how feminists who do devote their life to feminist campaigning ought to organise. In The Female Persuasion, the personal is certainly political; but I guess, for me, the political was also a little too personal.

2 thoughts on “Inside Voices: The Female Persuasion by Meg Wolitzer”