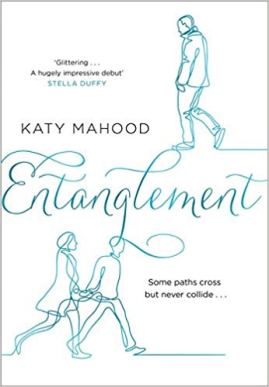 Katy Mahood’s debut novel, Entanglement, picks up on a couple of concepts from quantum physics to tell the story of two couples across three decades. Firstly, the idea that two ‘entangled’ particles can affect each other’s quantum states even when they are far apart, what Einstein called ‘spooky action from a distance’. Secondly, the Schrodinger’s cat idea that something only becomes fixed in a quantum state once it is observed, and, before then, is simultaneously in both states at once. However, clever as this might seem, this Versions of Us hook actually adds very little to what is otherwise a pretty conventional, if readable, novel.

Stella and John fall in love in London in the mid-1970s when he is studying theoretical physics and she English Literature. However, both of their lives are knocked off course – Stella’s in a wholly predictable way, when marriage and motherhood force her to abandon her studies, and John’s in a wholly unpredictable way, when a virus in his brain forces him to relearn concepts and speech from scratch. In a parallel thread, Charlie’s life is full of pain and turmoil after the sudden death of his sister, and the early struggles of his marriage to Beth. When he briefly passes Stella and John in the park, he is jealous of their happiness, not knowing he ought to be careful what he wishes for. As the novel continues, these two threads are tied together in an unexpected(-ish) way.

Mahood writes in a kind of lilting literary style that is flowing, but frustratingly vague. Characterisation is perfunctory – the big dilemmas that face these characters have been repeated in so many novels before, and aren’t illuminated any further here. The one strand of the novel that lifts away from this pattern is the bit that deals with John’s illness, which is genuinely touching, and I wasn’t surprised to find out after finishing the novel that this draws from Mahood’s own experience. However, it was annoying that the frequent references to missed chances, near-misses and quantum physics didn’t amount to anything more. 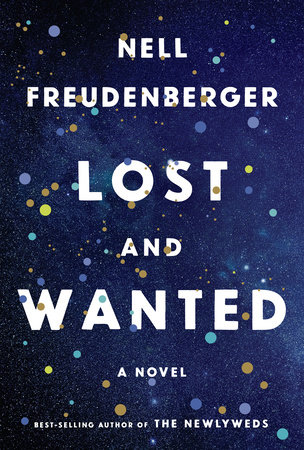 Nell Freudenberger’s Lost and Wanted also picks up on quantum themes; the first section is called ‘Entanglement’. It also has a really excellent opening: ‘In the first few months after Charlie died, I began hearing from her much more frequently. This was even more surprising than it might have been, since Charlie wasn’t a good correspondent even when she was alive.’ Helen, a theoretical physicist, doesn’t see her best friend from university, Charlie, nearly as often as she would like, so Charlie’s sudden death comes as a shock. As she receives a string of text messages and emails from Charlie over the next weeks and months, she reflects on the history of their friendship while she tries to move forward into her own future. Those excellent opening lines are somewhat misleading in that this really isn’t a novel about a ghostly mystery; instead, like Entanglement, Freudenberger uses physics to explore relationships between the living. However, Lost and Wanted works much better for a number of reasons.

Firstly, Freudenberger has done her research on quantum physics, and actually sounds like she knows what she’s talking about, unlike Mahood, although as a non-physicist myself, I can’t really judge. Secondly, the central conceit makes much more sense here because, unlike the two couples in Entanglement, Helen and Charlie were once so close to each other and have moved far apart, and yet keep affecting each other’s lives in unexpected ways, even after Charlie’s death. Both women end up working in the other’s home town, on opposite sides of the United States; Charlie’s husband and daughter live in the ground floor flat of Helen’s house in the aftermath of their bereavement.

Thirdly, Freudenberger’s writing is full of crunchy detail. Helen struggles with handling emotional interactions, recalling another female scientist called Helen (in Meg Howrey’s The Wanderers) and perhaps more generalised cliches about intellectual women. However, she’s not written as an Eleanor Oliphant-style caricature, but as someone who has a great deal of insight into her own limitations, and perhaps tries too hard to correct them, especially when she’s worrying about her seven-year-old son, Jack, or her relationship with Simmi, Charlie’s bereaved eight-year-old daughter: ‘I thought of how much better my sister would be at dealing with Simmi than I was. She seemed able to keep her feelings on an even keel, whereas I was always fluctuating between these poles of emotion, frustration and passionate attachment.’ Yet there’s also a sense that Helen sells herself too short; that her dominant rationality is not actually keeping her from reading situations right.

Lost and Wanted was a tad disappointing to me simply because I wanted it to go into more metaphysical territory, but it still reflects movingly on grief, especially kinds of grief that are less often explored in fiction; the grief of one friend for another friend, or of a child for a parent. One exchange between Simmi and Helen stands out. When Helen tells her, “Kids can’t imagine how much we love them,” Simmi answers: “Parents have their own parents. And they have husbands and wives… And their jobs and stuff. Kids just have parents… Parents forget everything… They forget how much they used to love their own parents… when they were kids.”

I received a free proof copy of this novel from the publisher for review. It’s out in the UK on the 30th May.