Borrowed from Hannah at I Have Thoughts on Books.

Find a book on your shelves with a pink cover. What made you pick up the  book in the first place? 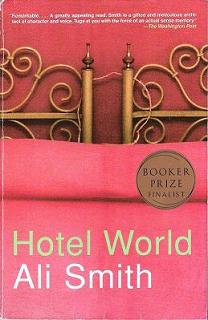 When I was seventeen, my youth theatre group took part in the initial stages of the National Theatre Connections project, which commissions ten new plays from well-known playwrights for young people to perform. We got together with the National Theatre’s youth theatre group, all the potential directors and the playwrights to workshop the plays. I was picked to workshop Ali Smith’s Just (which is an amazing play that I still think about today) and, like the committed young person I was, decided that I also had to read one of her novels in preparation. My school library had Hotel World. Alas, Ali wasn’t able to make it to the workshop after all, but I loved Hotel World – I’d never read anything like it at that age – and we had a fab two days with Jeremy Stockwell instead, who was mad and brilliant.

Think of a book you didn’t expect to enjoy but did. Why did you read it in the first place? 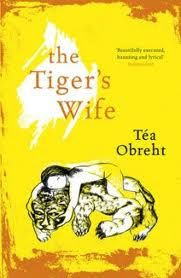 As I said in my review of The Tiger’s Wife by Tea Obrecht, ‘I almost didn’t read this book because I thought it was going to be a story about a boy meeting a magical tiger.’ I found out that it was nothing of the kind – and it ended up being possibly my favourite Orange Prize winner ever. (I read it in the first place because it was on the Orange Prize shortlist.) I have also now read and enjoyed Yann Martel’s Life of Pi – which was the first book I ever read on a Kindle – which could arguably be said to be about a boy meeting a magical tiger, so I’m not sure what my problem with boys and magical tigers was in the first place.

Stand in front of your bookshelf with your eyes closed and pick up a book at random. How did you discover this book? 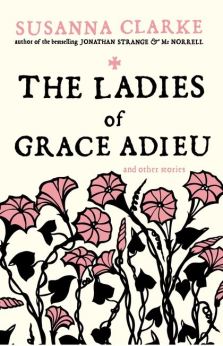 I read Suzanna Clarke’s collection of short stories, The Ladies of Grace Adieu, in 2007, after reading Jonathan Strange and Mr Norrell. I can’t remember much about it now, other than, like all Clarke’s work, it’s long on charming detail and a little short on satisfying storytelling (Jonathan Strange is so long for such a simple plot – and I was annoyed that Clarke went for such black-and-white characterisation – Mr Norrell will always be my favourite). The question here is really how I discovered Jonathan Strange and Mr Norrell in the first place, but I can’t remember. I must have read it before I went to university, because footnotes still seemed very novel.

To go off on a tangent, I heard Clarke talk about Jonathan Strange in 2005 and she told a story that I still use when I want to argue that striving for perfect historical accuracy in historical novels is a losing game. The novel begins in 1806 in York Minster, which the book refers to as York Cathedral. Clarke received many letters telling her that York Cathedral is always known as York Minster. She explained that this is the case, except at the precise time Jonathan Strange is set, when it was not. However, this still sounds ‘wrong’ to modern readers. On the other hand, Clarke did admit that she used Jane Austen’s spelling in the book because she thought it was authentically Regency, then realised that Austen’s spelling is quite specific to Austen…

Pick a book that someone personally recommended to you. What did you think of it? 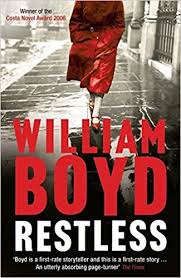 My dad recommended Restless, William Boyd’s novel about espionage during the Second World War, and it has become one of the elite number of books that my dad and I both really like (I think all these books are by either William Boyd, Bernard Cornwell or George R.R. Martin). It’s also the only spy novel I’ve ever read that I’ve liked.

Pick a book you discovered through book blogs. Did it live up to the hype? 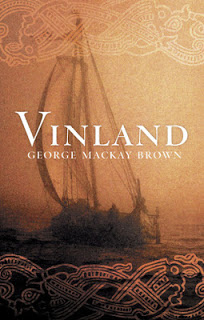 I discover most books through book blogs these days, but back in the day, I was impressed by George Mackay Brown’s Vinland, a modern Viking saga, after reading Victoria’s review on Eve’s Alexandria – one of many Eve’s Alexandria-inspired reads. My review is here on my old blog.

Find a book on your shelves with a one word title. What drew you to this book? 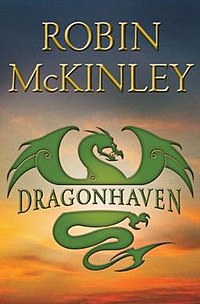 I was drawn to Dragonhaven by Robin McKinley because it was by Robin McKinley, with whom I am obsessed. This book, about a boy living in a dragon sanctuary, is not one of her best, but luckily she’s also written lots of other excellent books with one-word titles, including Deerskin, Chalice, Beauty and Sunshine, as well as some other excellent books with slightly longer titles, such as The Hero and the Crown, Spindle’s End and Rose Daughter.

What book did you discover through a film/TV adaptation? 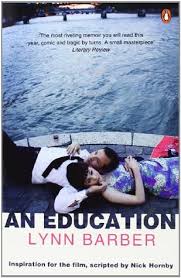 A really tricky category, as I don’t watch very many films or much TV, so it normally goes the other way. The only example I can think of is Lynn Barber’s memoir An Education, which I came to through the Carey Mulligan film. I was amused to find out that some of the dodgy dealings in this memoir took place on a street I used to live on in Cambridge!

Is anyone else keen to do this tag? Would love to hear other people’s answers!

7 thoughts on “Tag: How I Choose My Books”