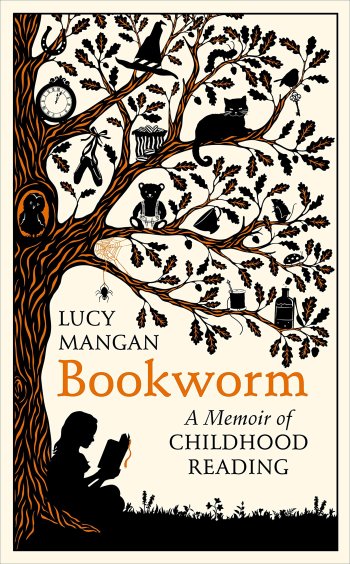 Everyone’s been raving about Lucy Mangan’s Bookworm: A Memoir of Childhood Reading, so I feel like I’m already late to the party, even though it was only published a couple of months ago. But anybody who’s not read this yet: I’m here to tell you that it lives up to expectations. Mangan’s tour through the books she read in her childhood and adolescence is absorbing not just because it brings back fond memories of books you’d forgotten you’d ever read (for me: Thimble Summer; Jill’s Gymkhana; Z for Zachariah; Fireweed), but because it somehow recaptures what it felt like to be so transported by a book that you literally didn’t hear the sounds of the outside world. Like Mangan, this got me into trouble as a child; I was once so enraptured by reading Penelope Farmer’s Charlotte Sometimes at a hellish summer activity holiday that I didn’t hear multiple commands from our bullying course instructor, who was not impressed by my explanation that I hadn’t, in fact, been deliberately ignoring her.

I came for the books but I was just as impressed with Mangan’s loving caricatures of herself and her family. I find it very difficult to come across books that I think are genuinely funny without becoming uncomfortable, repetitive or over-laboured, and Mangan hits the nail right on the head. From her mother, a practical GP who has no time for reading and ‘had gone back to work within ten minutes of giving birth (“Stitch me up! Let’s get on!)’ to her book-buying but very quiet father (‘a man who spoke only when directly addressed and last initiated a conversation in nineteen sixty-NEVER’) to her scientific sister, who was unimpressed by What Katy Did (‘when she reached the end of Coolidge’s tale, she hurled it across the room shouting “Katy did nothing!” before stalking off to finish the kit car she was coding an automated build for behind the sofa.’ Mangan’s portrait of her own child self is equally hilarious, but also thought-provoking: ‘I was about to start school. This is not a good time for a misanthropic, introvert bookworm.’ Quoting Florence King, she writes: ‘Until I began school, I hadn’t realised I was a child. I thought I was just short.’

In many ways, Mangan and I were clearly quite different children. Like Mangan, I spent half of my time reading, sitting next to our Aga in the imaginatively-named ‘Aga chair’, but unlike Mangan, I spent the other half of my time roaming as far away from the house as I could get. In most of the photographs of me after I learned to walk, I’m running away from my parents towards something in the distance (forest; sea; dog). So Mangan’s love of home and the indoors above all else wasn’t the same for me. However, our feelings about school are obviously shared. We also seem to have read almost all the same books, although I often disagreed with her assessments of them – which didn’t affect my enjoyment of Bookworm in the slightest. I dutifully read all the Narnia books as a child but never really liked them, and hate them as an adult, while I was also pretty blind to the charms of The Railway Children (give me the Psammead or the Would-be-Goods), The Secret Garden (would rather read A Little Princess) or even Alice’s Adventures in Wonderland (I still don’t like weird deviations from reality). While I adored Tom’s Midnight Garden – which I encountered, like many other books, through the BBC’s Jackanory – I loved Charlotte Sometimes and Marianne Dreams, two other weird children’s novels from the same generation, even more. And while I was happy to see Mangan criticise the sentimentality of Anne of Green Gables, I can’t agree that it reads better if you’re an adult – and would like to give her the Emily of New Moon series (or Anne with an E on Netflix). 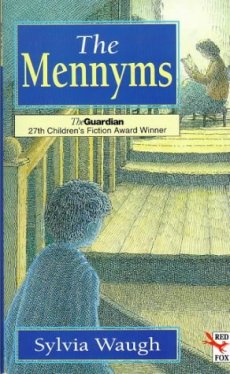 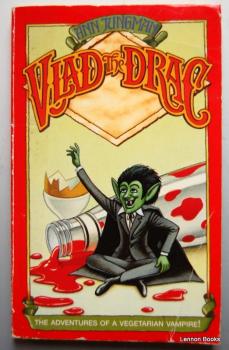 The book also sparked memories of lesser-known novels that are unsurprisingly not mentioned in Bookworm but which were so important in my childhood. Leaving aside everything I read in the US for now, does anyone else remember The Mennyms, a creepily disturbing series about a household of living rag dolls who have to somehow survive in a world made for humans? Or Vlad the Drac (Jackanory again), a not-very-well-written series about a miniature vegetarian vampire? Or Arthur C. Clarke’s Islands in the Sky, a children’s SF novel about life on a space station? Or John Christopher’s bizarre The Lotus Caves, set on the moon? Or L.J. Smith’s The Forbidden Game trilogy, which starts with an evil board game and proceeds with impeccable story structure? Or – more loved than any of the others – Lionel Davidson’s eerie and unforgettable Under Plum Lake?

Finally (and I could write three times as much about this book) I liked how Mangan dealt with the line between fantasy and reality in children’s literature. The belief that children, even very young children, absorb what they read uncritically has led to lots of very bad takes on what should and shouldn’t be in children’s books. Mangan quite rightly recognises that child (and adult) readers often skip over this line several times in the course of reading a single text, and that simple belief in the complete truth of a book is unlikely even for very young readers. She writes so well about one of my most-loved picture books, John Burningham’s Come Away From The Water, Shirley, which ‘juxtaposes imagination and reality without comment.’ As a child, I believed this book had been my grandmother’s when she was young (it obviously wasn’t as it was first published in 1977 – I suspect it was in fact a gift from my grandmother) and that it was somehow about her (her name was Shirley). It took me a long time to disentangle what was really going on with the book, but at no point did I believe the book was ‘true’ in the same way as other stories about my grandmother were true, even though I didn’t think it was completely ‘made-up’ either.

What was harder to deal with was the idea that books could talk to each other. As a child, I read all of the Betsy-Tacy series by Maud Hart Lovelace (a tremendously popular US series about growing up in early twentieth-century Minnesota) in which the heroine, Betsy, has brown braids and ‘teeth that were slightly parted in the middle’. As a seven-year-old, I became very confused when I read another book (I can’t remember what it was) in which the main character wishes she could have teeth parted in the middle ‘just like Betsy’s from Betsy-Tacy‘. But how did the books know about each other? I knew that Betsy was made up, so why was she mentioned in another book? HOW HAD THIS HAPPENED?

I’ve already written quite enough about Bookworm, and about childhood reading in general, so I’ll stop here, but I’d love to hear about others’ thoughts on this book, or on books read in childhood. What were your favourites? Did they match up with Mangan’s? Have you re-read books you hated as a child that you now love – or books you loved that you now can’t stand? What book did you love that nobody else has ever heard of?

14 thoughts on “Bookworm, or I Wish I’d Written This”