When the Women’s Prize for Fiction longlist was announced, I’d already read half of the sixteen longlisted titles. As there are a couple of books on the longlist that don’t interest me at all – although I’ll read them if they get shortlisted – I’m now planning to tackle the remaining six titles in three blog posts before the shortlist is announced on April 23rd. First up, two books about motherhood, daughterhood, pregnancy and loss. 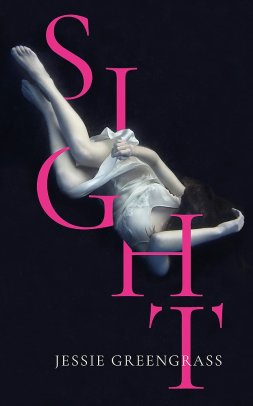 Sight is the first thing by Jessie Greengrass I’ve read (she’s also published a collection of short stories, An Account of the Decline of the Great Auk, According to One Who Saw It) but it certainly won’t be the last. Greengrass writes the kind of extraordinary prose that illuminates even the simplest of fictional lives, demonstrating the significance of things that in another writer’s hands would be banal. Her writing reminds me of Gwendoline Riley’s First Love and Samantha Harvey’s Dear Thief. Sight’s structure may be off-putting to some readers, and certainly the reviews on Amazon and Goodreads indicate that this is a Marmite book, with people usually giving it either two or five stars. The unnamed narrator’s musings on the death of her own mother when she was a very young woman, her decision to become a mother herself, and the experience of her second pregnancy are intercut with three biographical essays on the history of science. The first considers Wilhelm Röntgen, who first produced and detected X rays. The second is on Anna Freud, Sigmund Freud’s less famous psychoanalyst daughter, who I’ve encountered in my own historical research because of her feuds with Melanie Klein over the psychoanalysis of children. The third is on John Hunter, a Scottish surgeon who has no simple legacy, but who taught Edward Jenner, emphasised the importance of watchful observation during his time as a battlefield medic, and ran an anatomy school in London.

What links these four threads is the idea of inward sight: how far we can see into ourselves, and how far others can see into us. Greengrass’s description of the dissection of the body of a woman who died while giving birth (memorialised in William Hunter’s The Anatomy of the Gravid Uterus Exhibited in Figures, which seems to have been inspiring a lot of novelists recently – it also turns up in Bernard MacLaverty’s Midwinter Break) is set beside the idea of psychoanalysis as a way of disentangling and anatomising your inward self. The famous X ray image of Röntgen’s wife Anna’s hand is used by Greengrass to remind us that there are some things we can’t see through – in this case, Anna’s wedding ring. For this reason, Sight’s tangled threads worked beautifully for me. However, Greengrass’s prose is even better than her structure; the sections on pregnancy and early motherhood here are the best – and also, for women like me who struggle with the idea of having children and having to live up to the label of ‘mother’, the most reassuring I’ve ever read. Here’s a bit of what she has to say:

‘Even after birth… I felt that I had not quite done things properly and that my own experience lacked, in some way, that element necessary to transform it into knowledge: that it remained not the thing itself but only a picture of it, so I was not quite yet a mother… I waited, patiently, through all the dark extended hours for the instant of my own remaking when at last I would feel the things I ought: certainty, transparency, delight; but it didn’t come… I came at last to understand that what I had taken for a temporary loss of balance was only how things always would be… and even then I could not say for certain that I was happy but only that the thought of things being otherwise was unbearable.’

Sight is not only about what we can and cannot see, but, it seemed to me, about how being reliant only on sight distances us from what we can learn from our own bodies. It’s a short but tremendous novel, and, despite splitting opinions, surely has to be a strong contender for the Women’s Prize shortlist. 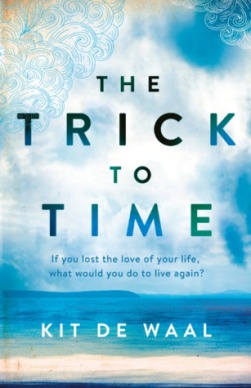 Kit de Waal’s second novel, The Trick to Time, also begins with a daughter who is losing her mother. When Mona, who is only a child at the time, balks at spending her days by her mother’s sickbed, her father tells her: ‘one day, you will want these hours back, my girl. You will wonder how you lost them and you will want to get them back. There’s a trick to time… You can make it expand or you can make it contract. Make it shorter or make it longer.’ The Trick to Time flashes between Mona’s present, where she is growing old making dolls in a coastal village, and Mona’s past, as she grows up and leaves rural Ireland for a new life in Manchester. The central conceit of the novel – how Mona uses ‘the trick to time’ throughout the course of her life – is handled very well by de Waal. The Trick to Time is a desperately sad novel, but it never feels melodramatic or exploitative. There are particular scenes that I know will take some time to leave me.

However, while I liked The Trick to Time, I wouldn’t put it on the Women’s Prize shortlist. A big problem for me was pacing. Because I worked out pretty quickly what the tragedy in Mona’s past was (and I don’t think this is meant to be a big twist, I think most readers will guess it early on) the first half of the novel felt very slow, as we wait to get to that point in the past timeline. Once it’s happened – and de Waal conveys Mona’s shock and grief incredibly well – I sped through the second half of the novel. However, a cumbersome sub-plot about the older Mona starting to date Karl, an aristocratic European who has recently moved to her village, added nothing for me. Mona’s early happy days in Manchester also felt as if they’d been wheeled out simply to highlight the trauma that follows – her relationship with first boyfriend, William, feels pasted in from numerous other novels.

Most of all, though, The Trick to Time probably suffered simply because I read it alongside Sight, which got me thinking about how much writing about motherhood and pregnancy tends to take for granted. The Trick to Time is no worse at this than many other novels, but the way that Mona easily falls into line with social expectations made me feel that the story I was reading was hugely familiar. As I’ve suggested above, The Trick to Time does take the reader to some more interesting places – but it’s up against a very strong longlist, and I didn’t feel it stood out enough.