Recently, I’ve read three deliberately cerebral books written by young women who are (mainly) writing about young women. (This is partly because I was lucky enough to win a set of the titles shortlisted for the PFD/Sunday Times Young Writer of the Year award.) Some have worked for me better than others, but all of them impressed me with their ability to combine analytical intelligence and literary experimentation with the emotional engagement that’s often lacking in novels that are so overtly clever. 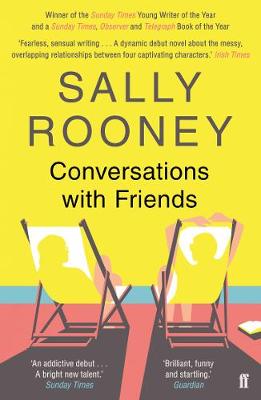 Sally Rooney’s Conversations With Friends, winner of the Young Writer of the Year Award, was a novel I steered clear of for some time because I thought it would be a more literary version of other books about millennials that I’d strongly disliked: Lauren Berry’s Living the Dream, for example, whose twenty-something female characters are defined entirely by ennui, weak sarcasm and emotional detachment. So I was pleasantly surprised by its robust treatment of both intimate relationships and chronic illness. I particularly liked its depiction of the on-off relationship and long-term friendship between our bisexual narrator, Frances, and her lesbian friend, Bobbi, and its unflinching descriptions of Frances’s struggles with an often invisible but common female illness, endometriosis.

Conversations With Friends has been much-praised for ‘capturing the zeitgeist’, but I’m not sure that it does, and given what the press often thinks the millennial zeitgeist consists of, I’m glad that it doesn’t. (This is obviously not the fault of millennials; I’m one myself!) The novel didn’t remind me of the kind of contemporary works that treat intersectionality as a series of tick-boxes and have no interest in moral questions around honesty and integrity in relationships; instead, it felt more reminiscent of some of the 1980s and 1990s novels I’ve read that followed in the wake of second-wave feminism, like Emma Donoghue’s wonderful debut Stir-Fry. It captures how it feels to be asking difficult questions for the first time without distancing or patronising its narrator, and it doesn’t treat identity as a meaningless performance.

This is a little less true of Women, Chloe Caldwell’s novella about a young(ish) woman – she’s almost ten years older than Frances from Conversations with Friends – who embarks on her first same-sex relationship after moving to a new city and meeting soft butch Finn, who is nineteen years older than her. I requested this on NetGalley after reading Elle’s excellent review, where she suggests that this is a kind of ‘tourist-lesbian novel’ that doesn’t deal adequately with the power structures that marginalise lesbians and bisexual women. In general, I completely agree; unlike Conversations with Friends, Women is happy to engage on a surface level with queer culture, the haircuts and clothing and token trans friends, the lesbian writing and films and TV shows, but rarely properly asks questions about identity, even as our narrator struggles with whether or not she should identify as a lesbian. This misses much of why lesbians are oppressed by heteronormative society, and how the trappings of queerness are not its substance.

To an extent, I sympathise with Caldwell’s task: lesbians remain so under-represented, especially in fiction, that any novel that centres on a same-sex relationship between women ends up carrying an unfair burden. The novel is also already four years old; it was first published in the US in 2014. And yet I was still disappointed to see familiar stereotypes about tempestuous, doomed lesbian relationships being repeated, and Caldwell’s stab at making this ironic falls flat: ‘I ask Finn if things are always this insane and dramatic between two women, and she says yes.’ It felt especially gratuitous to have our narrator come home near the end of the novel to find that even the older lesbian couple she grew up nearby have broken up.

However, I do disagree with one frequent criticism of the novel; that our narrator’s relationship with Finn is exploitative because she is trying on a lesbian identity for size. Both women, it seemed to me, were exploiting each other. Finn is older, savvier, and has a long-term girlfriend, while the narrator has the ability to retreat back into a safer straight identity if she wants to, though I didn’t feel that the narrator was always planning her escape; her questioning of her sexuality, such as it is, feels genuine. Nevertheless, this doesn’t address the broader issues with this slight novel, which is important because it exists but doesn’t do a great deal even within its tiny page count. 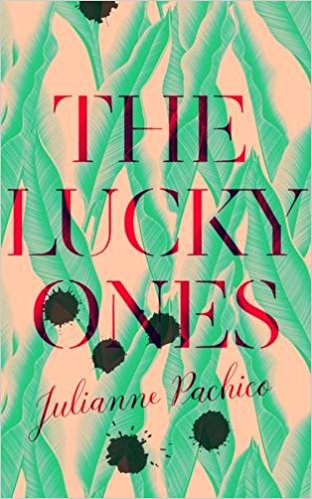 Julianne Pachico’s The Lucky Ones, a collection of interconnected short stories, was shortlisted for the Young Writer of the Year Award (and was named the winner by the award’s shadow panel). Set between 1993 and 2013 in Colombia, New York and DC, Pachico’s book focuses on the disappearances of expats in Colombia in the early twenty-first century, and the activity of left-wing guerrilla groups and drug smugglers participating in and targeting these communities. The stories don’t proceed chronologically and are all told in different voices and viewpoints, ranging from a conversation with an invisible person to a stoned group of rabbits. They’re loosely linked, however, by one school class and their teacher, who end up scattered over the world.

The Lucky Ones has already been reviewed so beautifully by the participants of the shadow panel (see Annabel’s review here; Elle’s review here; Rebecca’s review here; Dane’s review here; Clare’s review here) that I don’t feel I have a great deal to add. However, what did strike me about Pachico’s book is how well she deals with the intersection between our imaginations and reality. She’s said that she doesn’t think of her book as magical realism, and I’d agree – given my struggles with magic realist novels – that the label is inappropriate, slapped on The Lucky Ones because most of it takes place in a Latin American country. Instead, Pachico perfectly conveys the ways our minds work when disconnected under strain. My favourite story, ‘Lemon Pie’, features the former class teacher, now imprisoned in the jungle, setting up a school for a series of twigs and leaves which he personifies as the pupils he once knew. It swings back and forward, so at times we can see the forest debris, but at other times we see, as he does, living boys and girls. This is not symbolism but an exactly-right rendition of how we make things up. (You could write about a child’s imaginative game in similar terms). Pachico is an incredible writer, and I look forward to seeing what she does next.