This blog hasn’t been very active recently because I’ve only been reading proofs of titles that won’t be released for a few months. However, I thought I’d write a little bit about some of these titles, then link back to the full reviews when I post them.

First up was Chloe Benjamin’s The Immortalists (March 2018), which has a neat premise: it starts in New York in 1968, when the four Gold children visit a fortune-teller who tells each of them the day on which they will die. The rest of the book is split into four parts, following each of the siblings as we see what they do with this knowledge. Like other recent novels, The Immortalists promises a speculative twist but fails to deliver; Benjamin is much more comfortable writing about her characters’ loves, careers and personalities then she is with exploring the full potential of her premise. However, she writes well enough to make certain strands of her story feel a little magical anyway.

Next was Libby Page’s The Lido (March 2018), another ‘feel-good’ and ‘heartwarming’ read of the kind that are enjoying a renaissance recently. I’m certainly not averse to this sub-genre (I loved A.J. Pearce’s Dear Mrs Bird, out in April) but I found The Lido stilted and rushed. It focuses on the friendship between eighty-six year old Rosemary, a lifelong resident of Brixton, and twenty-six year old Kate, a newspaper reporter, who team up to save the local lido from closure. Unfortunately, as it has very little plot, the novel relies on the success of its characterisation, and I found both Rosemary and Kate to be cliched and two-dimensional. Page wants to challenge stereotypes by featuring an elderly protagonist and a protagonist with a mental illness (Kate suffers from anxiety and panic attacks) but instead falls back on very familiar tropes. 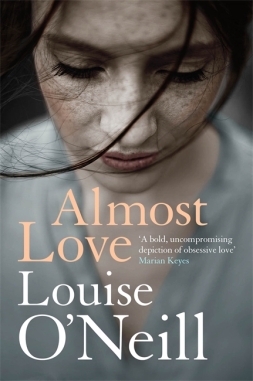 Louise O’Neill’s Almost Love (also March 2018), her first novel for adults, left me feeling as frustrated and intrigued as I did when I finished her debut novel for teenagers, Only Ever Yours, despite their very different subject-matter. Almost Love is set in contemporary Dublin and flashes between the past and present as it tells the story of art teacher Sarah, who had an obsessive affair with wealthy Matthew and is still struggling to get over it, even as she tries to make her current relationship with Oisin work. There’s nothing original in the subject-matter but, as ever with O’Neill, the strength of the novel lies in its sheer viciousness and the clarity with which she deals with sexual politics. Sarah is impossible to like in any of the conventional ways you are meant to sympathise with a novel’s heroine, and yet this very unappealingness is challenging. There are definitely technical problems with the novel – the split between ‘Now’ and ‘Then’ feels unnecessarily complex and O’Neill’s writing is so spare that most of the secondary cast become a litany of names – but, like Only Ever Yours, I couldn’t stop thinking about it. 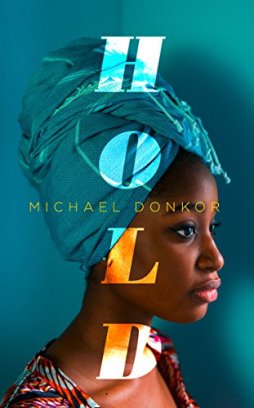 Finally, I singled out Michael Donkor’s Hold (July 2018) as one of the titles I was most looking forward to this year, and I’m afraid I was pretty disappointed. The subject-matter is great: teenage housegirl Belinda, who is used to staying quiet and obeying the rules, is dispatched from Ghana to London to deal with wayward Amma, who is making her Ghanaian parents despair. Told in the dual perspectives of Belinda and Amma, the novel explores the strangeness of cultures seen from the outside as Amma is encouraged to involve herself more closely with her heritage and Belinda tries to adjust to London life. Unfortunately, the novel is written in such a convoluted style that much of this material isn’t showcased as it could be. Dialogue is a particular problem – I was ready to give the Ghanaian characters a pass, as I’m no judge of whether their speech patterns are realistic or not, but Londoner Amma and her English friends sound equally unbelievable. Also, Hold is about two-thirds Belinda and one-third Amma, which made it feel unbalanced – especially as Amma’s struggle to reconcile her lesbianism with her racial and ethnic identity deserved a lot more space. What a beautiful cover, though.

I received free proof copies of all the titles featured in this post for review from the publishers.