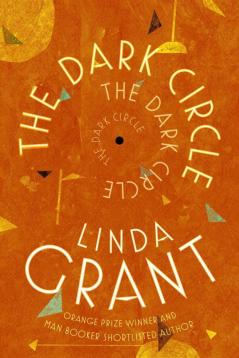 My other reviews of the Baileys-shortlisted novels can be found here, here and here.

The Dark Circle was the last of the shortlisted Baileys books I read, and I’m afraid my feelings about it are rather lukewarm. This feels unfair, because Grant achieves everything that she sets out to do; but in contrast to the ambition displayed by the other five books on the list, The Dark Circle felt hemmed in by its own deliberate claustrophobia.

Lenny and Miriam, a Jewish brother and sister, are dispatched from the East End of London to a sanatorium in Kent when they are diagnosed with TB in 1949. Ensconced in this modernist prison, they meet a range of people from all walks of life; from Oxford student Valerie, with whom Miriam shares a freezing cold veranda, to salesman Colin Cox, to the mysterious Hannah, a German lesbian, whose girlfriend is desperately trying to get her access to the latest treatment for TB, the antibiotic streptomycin. The struggle for streptomycin, which is the only hope that most of the patients have for a cure, highlights Grant’s brilliant evocation of an institution caught between a deferential past and a welfare-state future. The sanatorium’s director finds it hard to cope with newer, bolshier, less ‘refined’ patients, and seems less sorry about the restricted supplies of antibiotics than he should be (the scene where he selects four patients to receive the doses that are available is one of the most fascinating in the book, as he makes his choice for reasons ranging from their good moral character to the fact that they build too many things out of matchsticks and it would be good to get rid of them). Grant has carefully researched the alternative, brutal treatments for TB, such as the collapse of a lung or the removal of ribs, and these experiences are vividly portrayed in the suffering of the patients.

Technically, The Dark Circle is excellent. And yet I still struggled with it. The story felt weirdly familiar, even though I can’t name a single comparison title; the arrival of the brash American Arthur Persky, who shakes up sanatorium routines, seemed inevitable, especially the way that he cuts a swathe through the nearby female population by introducing them to oral sex. But the familiarity might not have been a problem if I hadn’t found the book such grim reading. Of course, this shows that Grant has managed exactly what she wanted; she clearly wants us to feel hemmed in by the impossibly dull lives of the patients and to be distressed by the pointlessness of most of the medical options offered. But it wasn’t a novel that I wanted to return to, especially as nobody ever really seems to escape from behind their NHS-provided bars. The few chapters that deal with the world outside, such as the life of Hannah’s girlfriend Sarah, working in London on early television programmes and struggling to deal with the fact that TV is seen as both ‘low-class’ and expensive – were a great relief. The tiny world in which these characters move felt even smaller by the final page.

(Finally, I don’t know what it says about me and/or The Dark Circle that I could remember ‘streptomycin’ without referring to the text but had to look up the names of most of the characters…)

So, now to the task of putting these six very good novels in some kind of order. My top three all impressed me so much that I’d be happy to see any of them win – and to be honest, all six books have some claim to victory. But in my opinion…

MY WINNER: The Power: Naomi Alderman

2. The Sport of Kings: CE Morgan

5. Do Not Say We Have Nothing: Madeleine Thien

I’ve written lots already about these six books, so I won’t say much more here, but in brief: as a reader, I tend to admire daring, scope and heart, even when things go a bit wrong or the writer can’t quite pull it off. I loved Donna Tartt’s The Goldfinch and Hanya Yanagihara’s A Little Life, for example. So big imaginative books tend to score more highly with me than smaller, more perfect works of art – which is obviously a very subjective thing. Ultimately, The Power is the book from the list that I still think about most, and which will remain with me the longest – that’s why it’s my winner.

I’m looking forward to the announcement of the actual prize on 7th June!

Finally, I was pleased to see that, adopting a collective sponsorship model, the Baileys will be the Women’s Prize For Fiction from 2018 onwards. I think this makes its future more secure – and to be honest, it’s still the Orange Prize to me…